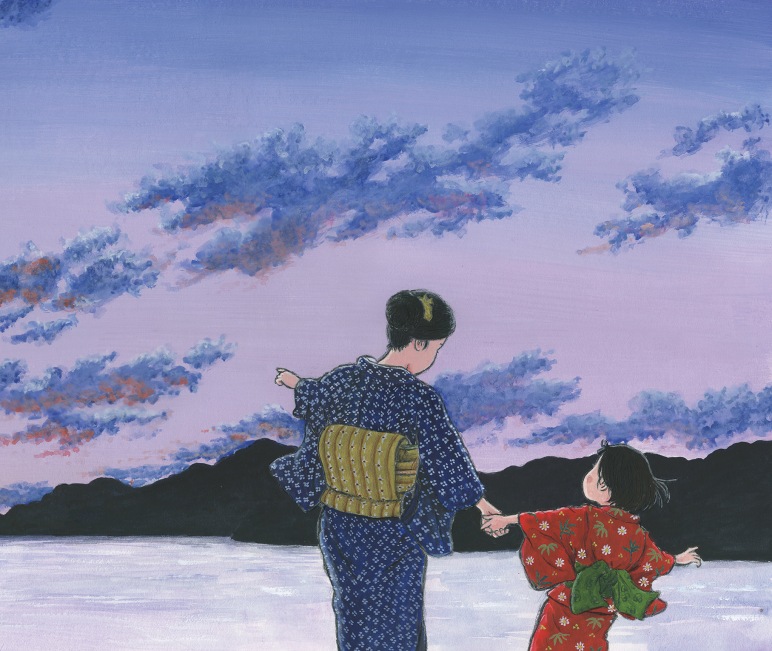 May GLLI Blog Series:  Japan in Translation, No. 14

Editor’s note:  When I approached Canadian poet/translator Sally Ito about acting as translator for Are You an Echo? The Lost Poetry of Misuzu Kaneko, she and her aunt Michiko Tsuboi, her co-translator, had already translated at least a dozen of Misuzu’s poems on their own.  The two did not stop after Echo was published in September 2016, and have since translated dozens more, contributing eight new translations to the Manhattan Review for its fall/winter 2017-18 issue. They continue translating Misuzu’s work and hope all her poems will be available in English one day.

Misuzu Kaneko was barely twenty when she published her first children’s poems in 1923. The era in which she published – Taisho (1912–1926) – was a time of cultural flowering in Japan.  There was a great deal of receptivity and curiosity about new modes of thought and expression in the arts.  Children’s literature became a focus for some artists of the time who felt that works for children should not be pedagogical but rather expressive of a child’s mind, thoughts, and emotions.

Misuzu Kaneko’s poetry struck a chord with editors and readers of the time. She had a gentle and yet probing mind, was deeply compassionate but also curious and imaginative.  Her voice was distinctly feminine and child-like which predisposed readers to her words and made them hear, as one sometimes does, the voices of other living things.  Some might view this as a particularly Japanese projection – their view of the natural world is often considered a distinctive marker of their aesthetic – but in Misuzu’s case, her compassion and extension of sympathy to living things was extraordinary even among Japanese, and moreover, highly imaginative. Take this poem, for example:

The tiny seeds were friends,
Always making promises.
“We’ll surely be together
Once we come out of the ground into the world.”

Yet when one poked out and looked around,
It could not find even the shadow of the other.
And when the other came out later,
The first had already grown very tall.

Oh, tall swallow grass!
When autumn winds blow, how you sway
Left and right looking for your friend
Without knowing how the little shrine grass
Has flowered by your feet.

My co-translator Michiko Tsuboi picked this poem to illustrate how uniquely Misuzu perceived the elements of the natural world, for who but a poet of considerable gifts would look at grasses in such a relational way as people? Such imaginative compassion extended to all living things is what has endeared Misuzu Kaneko to the Japanese, both children and adult alike.

Come back again tomorrow for Frederik L. Schodt on The Four Immigrants Manga!

Sally Ito is a writer and translator living in Winnipeg, Manitoba.  She has published three books of poetry and an award-winning collection of short fiction.  She was a former Mombusho research scholar in Japan in 1988, and worked at the time, on the translation of poetry by contemporary Japanese poet, Kazuko Shiraishi, some of whose translated poetry she published in literary journals in the UK and Canada.  Ito was a judge for several years for the former Kiriyama Pacific Rim Book prizes, as well as a blog contributor to the multicultural childrens’ book website and blog, PaperTigers.