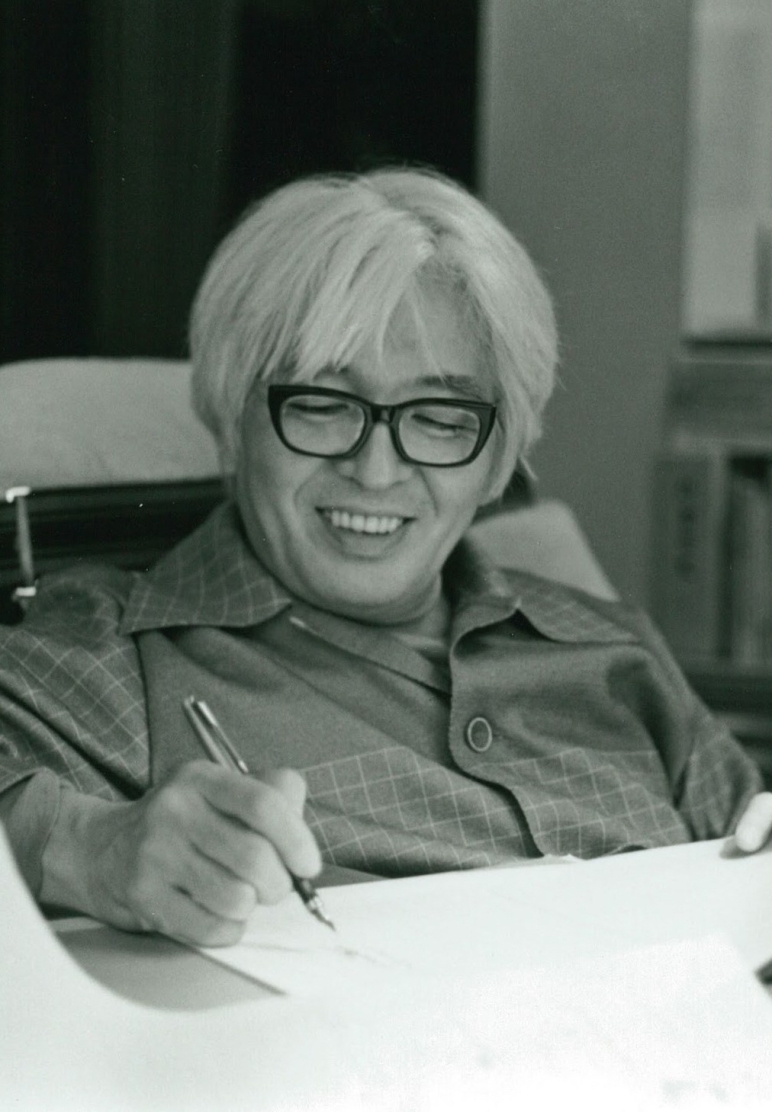 Editor’s Note:  This is the second part in a two-part series about the recent publication of. Ryōma! The Life of Sakamoto Ryōma:  Japanese Swordsman and Visionary. Ryōma! is the first English translation of Shiba Ryōtarō’s legendary best-seller Ryōma ga yuku, which has sold more than 24 million copies in Japanese.  Our roundtable brings together editor Phyllis Birnbaum and the three veteran translators involved:  Juliet Winters Carpenter, Paul McCarthy and Margaret Mitsutani. The first volume of Ryōma!, which will be a 4-volume series, was released as an e-book on Amazon last month.

For part 1, see May 7:  Translator Roundtable on Shiba Ryōtarō’s Ryōma!

Phyllis Birnbaum: What do you find most appealing about Ryōma!?

Juliet Winters Carpenter: As Paul has stated, the story is told with humor and skill, and introduces a variety of fascinating characters and incidents from a turbulent and transformative period of Japanese history. The dialogue in particular is crisp and appealing and fun. Above all, Ryōma himself emerges as a lovable hero. It’s interesting to me that he is someone who breaks all the rules and acts almost un-Japanese in his complete disregard for the “proper” way of doing things, yet holds a special place in the hearts of his countrymen.

Phyllis: As translators, what was most challenging about this work?

Paul McCarthy:  The chief difficulty for me was in trying to determine the readings of the many personal names. Thank God for Wikipedia and for our learned and careful Japanese adviser, Takechi-san.  He saved us many hours of sometimes fruitless searching.

Julie: We had to learn quite a bit about swords and kendo, to describe swordfights with precision. A major charm of the original is the colorful use of varied dialects of Japanese from all over the country, but I think all three of us found it impossible to do more than give a hint of the richness of the dialects. Some of the characters have a dizzying number of names—a childhood name, an adult name, a professional name, nicknames, plus an alias or two—and keeping track of them is a challenge. Often for the sake of simplicity we simply use the most famous name associated with a given character, but the decisions keep coming.

A unique challenge of our translation is coordinating all these decisions so that the reader will not feel jolted when switching from one translator’s work to the next. We are hugely indebted to Phyllis and Takechi-san for the work they do in ensuring that technical terms are translated the same way by all three of us and that we maintain something close to a unity of style. Phyllis has assembled an invaluable list of thousands of place names, personal names, terminology, etc., to which we can refer as we work (nineteen pages and counting!)

Phyllis: Margaret is known best for her translations of contemporary Japanese fiction, and so I wonder how she approached the translation of this novel?

Margaret Mitsutani:  I have never translated historical fiction before, so I’m finding pretty much everything daunting. Julie and Paul have already mentioned the problem of proper names, place names, and technical terms, but they worked on a previous Shiba project, which I imagine is something of an advantage.

This is something of a digression, but I think another reason Shiba’s novels appeal to Japanese readers is that he gives background information on important historical figures—episodes from childhood or youth, their families, their relationship with their wives and so forth—so that names perhaps memorized in history class suddenly come to life. Western readers will probably be encountering almost all of these name for the first time, so I hope they won’t get too bogged down. Fortunately, Phyllis has provided a “Principal Characters” section at the beginning of each volume, which I’m sure will be helpful.

And speaking of digressions, they are actually a major feature of this novel. As a narrator, Shiba often pokes his head in to say “this is a digression but…” and then often goes on to explain something that is obviously important to him. One thing I find revealed in his digressions is that while he greatly admires not only Ryōma but also many of his contemporaries, like Katsu Kaishū, he has nothing but contempt for the militarists who led Japan into the Second World War. (I believe this was a starting point for him as a historical novelist—his disgust for Japan’s leadership during the war.)

Julie mentions the problem of capturing the voices of the characters, who often speak in colorful dialogue that is almost impossible to reproduce in English, but another problem is getting Shiba’s own voice right. He can be very passionate at times—definitely not an objective narrator.

Very short paragraphs and long sentences with a lot to unpack in them are also characteristics of his style. When I translate Tawada Yōko, for instance, I try to keep her sentences intact, but this is often impossible with Shiba. Since this is a historical novel, extra explanation is sometimes needed for Western readers as well. So another big problem is how to keep the lively, fast-paced feeling of the original while adding the extra information that Western readers will need.

Phyllis: Paul and Julie have both worked on translations of Clouds above the Hill.  How were these two novels similar and how were they different?

Paul: The fact that there were few battle scenes and little military or specialized naval vocabulary made it an easier work to translate (and to read, I would say) than Clouds above the Hill. It was a pleasure to work with Phyllis, with Takechi-san, and with Julie and Margaret.

Julie: Both novels were wonderful to work on, and I must say I feel privileged to have shared in the translation of two such iconic books. Both were written by a man with encyclopedic knowledge of Japanese and world history. Especially in Clouds he allowed his mind to roam freely over the world and through time, drawing lessons from a wide range of historical episodes and lamenting Japan’s subsequent descent into the morass of the Pacific War. These ruminations come in the form of digressions that are a celebrated feature of his writing style. Ryōma! is more focused on the story of the hero’s life, and digressions consist mostly of asides on the ultimate fates of various characters.

Women play a much more important role in Ryōma! than in Clouds, where the few female characters did not figure prominently in the story. That was definitely a man’s world. In Ryōma, there are all sorts of women, beginning with Ryōma’s amazing older sister and surrogate mother Otome, a tomboy who raises him to be a strong man and bears no resemblance to the stereotypical “doll-like” Japanese woman. Other female characters, equally vividly drawn, include a lovely aristocrat who inspires Ryōma and is his first love, brave innkeepers, shy schoolgirls, proprietors of eating and drinking establishments, geisha, and more.

I would agree with Paul that Ryōma has been easier to translate. Both novels are must reading for history buffs and anyone who loves a compelling story. The true stories that Shiba chooses to tell are unforgettable, and we can only be thankful for them. I have enjoyed the adventure of translating these two books so much that I would gladly do more of his works…We shall see.

Tomorrow, librarian Ash Brown discusses manga in translation and suggests some favorites, including a manga riff on Shakespeare’s Henry VI!

Shiba Ryōtarō (1923–1996) is one of Japan’s best-known writers, famous for his direct tone and insightful portrayals of historic personalities and events. He was drafted into the Japanese Army, served in the Second World War, and subsequently worked for the newspaper Sankei Shimbun. He is most famous for his numerous works of historical fiction. Ryōma! is one of Shiba’s masterworks and has been immensely popular since its publication in 1966.

Juliet Winters Carpenter (translator) has lived in Japan for some forty-five years and is a prolific, award-winning translator of Japanese literature. Her previous translations of works by Shiba Ryōtarō include four volumes of Clouds above the Hill: A Historical Novel of the Russo-Japanese War and The Last Shogun: A Life of Tokugawa Yoshinobu. Other recent translations include works by Minae Mizumura, Miura Shion, and Nakano Kōji. She is a professor of English at Doshisha Women’s College in Kyoto.

Paul McCarthy (translator) is a Canadian-American scholar and translator of modern Japanese literature who has lived in Tokyo for some forty years. In addition to working on Ryōma! and Clouds above the Hill, he has translated story collections by Nakajima Atsushi and Kanai Mieko, and an anthology of contemporary Japanese poetry. He has received major awards for his translations of works by Tanizaki Jun’ichirō.

Margaret Mitsutani (translator) is a translator and haiku poet who has lived in Japan since the late 1970s. Ryōma! is her first Shiba translation, but her other translations include works by Hayashi Kyōko, Ōe Kenzaburō, Kakuta Mitsuyo, and Tawada Yōko. Her translation of Tawada’s The Emissary was published by New Directions in April 2018. She has been associated with the haiku magazine Ran since 2011.

Phyllis Birnbaum (editor) is a novelist, biographer, journalist, and translator who lives outside of Boston. Her work has appeared in The New Yorker, The Times Literary Supplement, and other publications. She was the editor of Shiba’s Clouds above the Hill. Her most recent biography is Manchu Princess, Japanese Spy: The Story of Kawashima Yoshiko, the Cross-Dressing Spy Who Commanded Her Own Army.