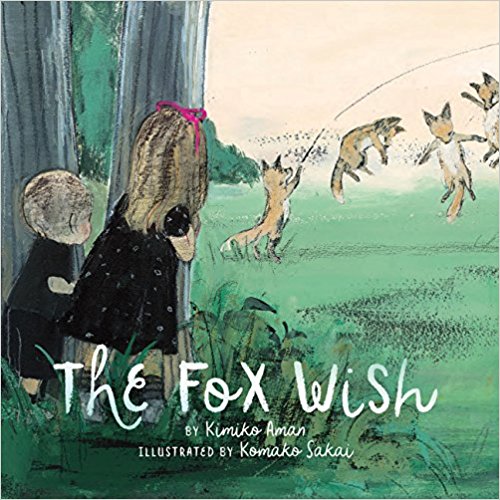 May GLLI Blog Series:  Japan in Translation, No. 22

I clearly remember the first YA book in translation I ever read: Kazumi Yumoto’s 2002 title The Letters, translated from the Japanese by Cathy Hirano. It was a beautiful meditation on coping with grief framed by an intergenerational friendship. The most recent translated YA novel I read came out this year: the exquisite Wonderful Feels Like This by Sara Lövestam, translated from the Swedish by Laura A. Wideburg. It also centers on an intergenerational friendship, this one between a lonely biracial girl who is bullied and an elderly jazz musician. The movement toward more diversity in the book world is gaining traction, and translated literature needs to be an integral part of this expansion of the voices we have access to. With literature in translation hovering at around 3 percent of the total works published in English, there is plenty of room for growth. The eager embrace by American teens of Japanese manga and Korean manhwa shows that the audience is there. Why limit ourselves when there is a world of new perspectives waiting to be discovered? Books from other cultures not only offer different answers, they often ask different questions, and it’s time we started to listen. My resolution for 2018 is to make a more deliberate effort to seek out these works.

So, naturally, we asked Laura to share her thoughts on Japanese literature in translation.  She chose to focus on the cultural messages conveyed in picture books.

Many American picture books celebrate individuality, often defined as being proudly different from others, speaking one’s mind, and being openly assertive. The following picture books from Japan emphasize different values and can prompt interesting conversations with children. Many benefits of reading cross-culturally come from diving deeply into texts rather than focusing on superficial differences.

The Fox Wish by Kimiko Aman, illustrated by Komako Sakai, and translated by POPLAR Publishing Co. (Chronicle, 2017) shows a very small girl who exhibits extraordinary, perceptive kindness. When she loses her jump rope, it is found by a little fox who is ecstatic at her apparent good luck. Rather than reclaiming the jump rope, the little girl is so moved by the fox’s joy that she allows her to keep it. She suggests that they play together again, telling her brother, who was about to blurt out that it really belonged to his sister, “I like watching wishes come true.”

In Girl from the Snow Country written and illustrated by Masako Hidaka, and translated by Amanda Mayer Stinchecum (Kane/Miller, 1986), a child worries that a statute of Jizo (the guardian of children and travelers) might be cold, so she stops to brush the snow off him. Later she appeals to a flower-seller for help: What should she use for the eyes of her snow bunnies? The kindly woman gives her a spray of red berries, refusing payment. It is commonly accepted wisdom in American books that the child protagonist must exhibit agency and solve their own problems, but in this case a girl who spontaneously and independently cares for others is rewarded. In fact, her mother explicitly draws attention to this lesson, saying, “You brushed the snow off Jizo, so he helped you find what you wanted.”

The old swapped-at-birth narrative is given fresh treatment in I Will Love You Forever by Tatsuya Miyanishi, translated by Mariko Shii Gharbi (Museyon, 2017), when a herbivore dinosaur mother adopts an egg and a baby T. Rex hatches. She names him Heart. When he eventually realizes what happened, Heart is faced with a difficult decision. All too aware of the T. Rex’s fearsome impact, he could relish the feeling of power and be “authentic” (a popular concept according to Western notions of a stable self), but instead cultivates his kinder side to live up to his mother’s dreams.

When non-living objects appear as the central characters in American picture books they are typically animated and given voices and faces. By contrast, The Park Bench by Fumiko Takeshita, illustrated by Mamoru Suzuki, and translated by Ruth A. Kanagy (Kane/Miller, 1988), features a normal white bench that sits in a park doing and saying nothing. The park keeper offers it careful attention, drying it with a cloth when it rains, jovially reminding the birds not to get it dirty, and saying goodnight to it at the end of the workday. This serves as a reminder that even the most ordinary of objects is worthy of notice and appreciation.

Laura Reiko Simeon is the Young Adult Editor at Kirkus Reviews. Prior to that, she was the Librarian and Diversity Coordinator at Open Window School, a K-8 independent school. Now based in the Seattle area, she grew up living all over the US and the world (including Hokkaido, Japan) with her Greek-American anthropologist father and Japanese-American mother. Laura is co-chair of the US Selection Committee for the UWCs, international secondary schools dedicated to promoting cross-cultural understanding.