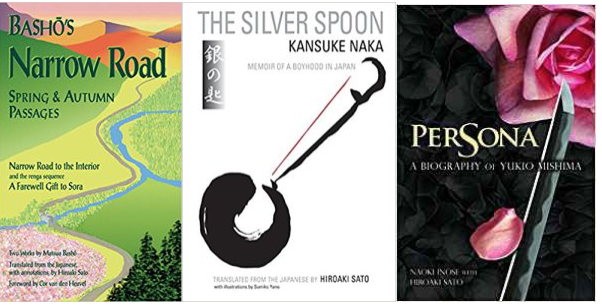 May GLLI Blog Series:  Japan in Translation, No. 16

I can’t tell you the number of times we’ve been pitched a literary translation with the line: “The author is a best-seller in Japan.” If you know anything about Americans, you know that that argument is a non-starter. We Americans don’t really care about accomplishments beyond our own shores. We’re known for being exceptionally poor at speaking foreign languages. When we go abroad we simply yell louder in English to make ourselves understood.

Or so the stereotype goes. My publishing colleagues say that things are changing. And indeed, there are several presses today specializing in translated works. AmazonCrossing, whatever you think of Amazon, has had a significant impact and been recognized with awards. Publishers Weekly is offering more coverage. And Haruki Murakami’s genuine success (“he’s not really a ‘Japanese’ author, you know”) has glazed over the eyes of agents in Japan with potential dollar signs for the works they represent. All hopeful developments!

But I see the BookScan numbers that track sales figures in the USA, and I can tell you that the hype for the most part doesn’t really translate, so to speak, into increased sales. More publicity perhaps, but not the kind of big numbers that will convince for-profit publishers to keep on publishing season after season.

All of us are hopeful that things are getting better. I’ve been hopeful for a few decades now, and yeah, it feels a bit different now. But if this whole enterprise is going to be a hard slog, I’m at least going to make it worth it, by choosing books that I personally care about. As a small and independent publisher, I can do that. I’m not answerable to The Board.

One of the very first translations we published at Stone Bridge was Death March on Mount Hakkoda, by Jiro Nitta, translated by James Westerhoven. It was a tale of a military training operation gone bad. Everybody died (that’s not a spoiler). I don’t normally read books like that, but from the very first page I couldn’t put the manuscript down, and that’s unusual for me too. So it didn’t take much for me to decide to publish it.

Another early book of ours was Still Life by Junzo Shono, translated by Wayne P. Lammers. I am a big Ozu fan, and reading this book was just like watching an Ozu film about domestic life. Not much happens, but you observe so much along the way. It represents to me something essentially different about a Japanese perspective on life and Japanese artists’ superior ability to invest the superficial with rotund meaning.

Over the years we’ve published a number of translated works by Hiroaki Sato. The books – Basho’s Narrow Road, The Silver Spoon, Right under the big sky I don’t wear a hat, and Persona (a biography of Yuko Mishima)—stand up on their own, but I think most of the time I made the decision to publish because I really enjoy working with this busy and demanding translator. Meticulous, observant, and—hmm, a bit fussy, in a good way—he’s not just a “hand it in and be done with it” kind of writer. But for me the experience of producing work with Sato is at least as important as the work produced.

I would love it if translations themselves translated into revenue for my small company. When they do, I feel lucky but not particularly smart. Good fortune if not large fortune is a big part of the publishing enterprise. I’m just grateful for the opportunity now and again to work on something that I take pleasure and find meaning in.

Next in our series:  Melek Ortabasi on Japanese literature as world literature

Stone Bridge Press president and publisher Peter Goodman is a graduate of Cornell University and lived in Tokyo, Japan for ten years, where he worked as an editor for English-language publishers Charles E. Tuttle and Kodansha International before returning to the United States in 1985. He has served as in-house editor, ghost writer, translator, and project manager on nearly 400 Japan- and Asia-related titles. Peter established Stone Bridge in 1989. In 2017 he concluded his term as Board Chair of IBPA, the Independent Book Publishers Association, and is currently host of the IBPA-sponsored podcast “Inside Independent Publishing.”