Long overdue (many public libraries in New Zealand are abandoning overdue fines) here at last is the summation of the New Zealand month – February 2020. Now that I look back on that month I see there are so many writers, events, celebrations that I could have (and I am sure some of my colleagues would argue should have included). Since returning to New Zealand I have been privileged to join the team at National Library, Services to Schools. There is so much this organization is doing to promote literacy. A new initiative is the role of Te Awhi Rito New Zealand Reading Ambassador but that could be the subject of a whole new post another day. Here is the list of posts that I did write about during that month of February, 2020.

February 1 Haere Mai – welcome to New Zealand Introductions – actually all of the posts below are introductions and invitations to explore further.

February 2 Fans should always say hello – Witi Ihimaera One of my favourite authors.

February 6 Happy Waitangi Day The good, the bad and the … well it is New Zealand’s National Day.

February 21 Maurice Gee Writer for adults and children. We need writers who are willing to explore darker themes

February 24 Patricia Grace Another of my favourite writers

February 28 Awards, recognition and publicity Guide to all the NZ awards. 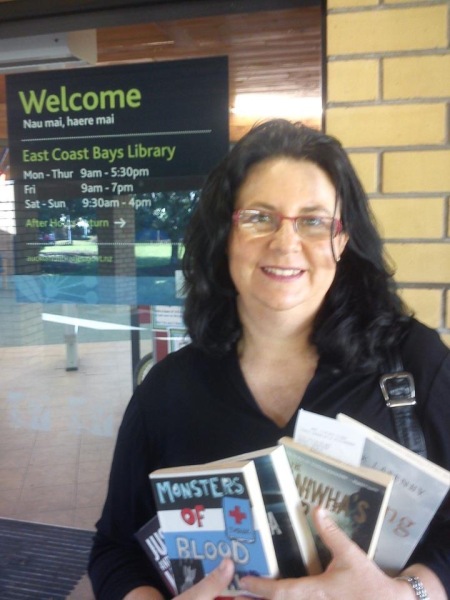 Amanda Bond was working as Teacher Librarian in an international school in Istanbul, Turkey when she wrote the posts in February, 2020. She is now back in Auckland, New Zealand and working at the National Library as a Facilitator National Capability, Services to Schools. Her twitter handle is @kiwionthego