The 2013 Man Booker Award winner was New Zealander Eleanor Catton’s novel the Luminaries. She was born (in Canada) in the year that the only other New Zealander to win that accolade, Keri Hulme did so, 1985. Catton is the youngest ever to win the award.

The Luminaries is a historical fiction set during the Gold Rush on the West Coast of the South Island. It is all of 832 pages, I am so pleased I bought the kindle version of it. I did enjoy reading it and as the Kirsty Gunn reflects in her review for The Guardian in 2013 as the book had been shortlisted described it as a real page-turner. Catton was masterful in her ability to tell an intricate story with many subplots and characters all of which come together.

The book was nominated for the Man Booker prize in a year when there were many strong and diverse nominations. The six books on the shortlist were from New Zealand, England, Canada, Ireland and Zimbabwe. When Catton won there were many wonderful responses from fellow kiwi writers. Bill Manhire, former director of the International Institute of Modern Letters wrote that “she has become a writer while belonging to strong writing communities – and the goodwill towards her from other writers shows the ongoing vigour of those communities. (Ellie’s own sense of comradeship is ongoing, too – she’s gone out of her way to acknowledge her fellow writers in post-award interviews. She works hard and aims for excellence. But she’s not writing as a competitor.” New Zealand writers are well connected to one another and some of this is as a result of living in a relatively small nation but also due to intentionally encouraging one another.

Unfortunately, during the after the glow of the award, there was a series of comments and responses between the Prime Minister John Key and Eleanor Catton. She voiced her opinion about his leadership during an interview which led to him making some comments about her possible political leaning and that she should stick to what she knows. In his article for Overland Journalin early 2015 Morgan Godfery, who is an Indigenous writer based in Wellington, New Zealand, observed that Key’s government had a track record of isolating their critics, especially if they were women. His defence of her was timely and thought-provoking.

Catton’s success brought New Zealand writing and writers to International attention once again and the opportunity for New Zealanders to consider carefully whether they too had silenced the voices of opposition by labelling them as unqualified instead of listening and appreciating the points they were making. 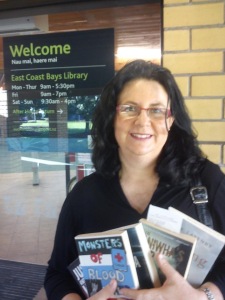