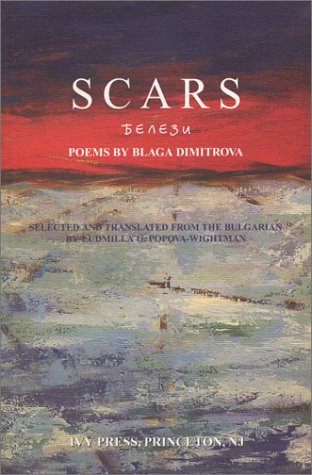 “Your poems. Are they difficult?”

She smiled and, unaccustomed to speaking English, answered carefully, drawing a line in the air with two delicately pinched fingers holding an imaginary pen: “They are difficult—to write.”

He laughed, startled and charmed. “But not to read?”

She seemed puzzled by his laugh, but did not withdraw her smile, though its corners deepened in a defensive, feminine way. “I think,” she said, “not so very.”

Yes, the poems of Blaga Dimitrova, the inspiration for this short story, are not so very difficult to read. Her poetry is about universal human experiences from a female point of view: love, motherhood, death are important topics in her verses. Forbidden Sea for example was written in a time when the author had to face a long battle with cancer. Her close encounter with death brought life into sharp focus, awoke in her eternal questions about the meaning of human existence, the magnetism of love, the mysteries and vicissitudes of human fate. The sea is present not only like a magnificent view, but also like a spontaneous rhythm, like a myth, a symbol of life, love, infinity and freedom. Freedom was lacking in Bulgaria, a totalitarian dictatorship with an iron censorship, a country where not only the sea was “forbidden,” but also “words!” 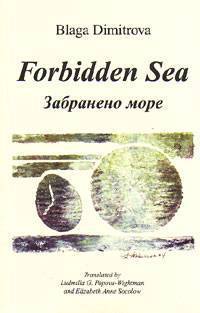 As the introduction to one of her two available collections with poetry in English (Forbidden Sea, translated by Ludmilla G. Popova-Wightman and Elizabeth A. Socolow, Ivy Press Princeton 2000, and Scars, translated by Ludmilla G. Popova-Wightman, Ivy Press Princeton 2003) states correctly, her poems sublimate her conflicts in life she was facing as an independent and sometimes rebellious spirit in a dictatorship. Blaga Dimitrova, who was also an accomplished author of prose, has often been compared with some of the other great female poets of the 20th century: Anna Akhmatova, Marina Tsvetaeva, Gabriela Mistral, Wislawa Szymborska, Desanka Maksimovich and, above all her compatriots Elisaveta Bagryana and Dora Gabe.

Her poetry (samples can be found here and here), available in two volumes in excellent translation, is worth to be discovered! 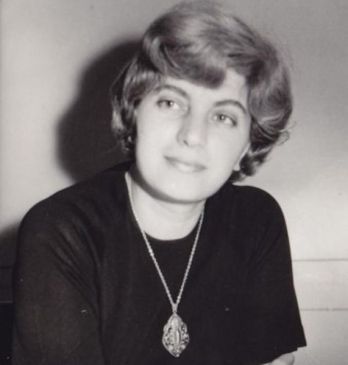 Blaga Dimitrova, born in 1922 in Byala Zlatina and graduated in 1945 in Slavic philology at the University of Sofia. In the 1970’s, four of her poetry books were banned from publication. She was one of the most popular and loved writers in Bulgaria, was vice president of her country in the first democratic government after the fall of communism. She is the author of more than forty volumes of poetry, novels, plays, and essays. Her books have been translated into more than twenty languages. She has won the Herder Prize, the Hristo G. Danov Prize, the German Kogge Prize, and was awarded the French Medal of Merit for Freedom. Blaga Dimitova died 2003 in Sofia.

Ludmilla G. Popova-Wightman is a Bulgarian language educator and translator. She was born in Sofia in 1933. After graduating from Sofia University in 1956, she worked at the National Library and was for several years editor of the Bulgarian Encyclopedia. She worked as a research associate in Moscow (1958-65) and as a lecturer at Rutgers University, New Brunswick, New Jersey (1969-70). Since 1977 she lives permanently in the United States and has lived and worked in Princeton. She has, among others, translated poetry by Konstantin Pavlov, Blaga Dimitrova, Danila Stoianova, Alexander Shurbanov and Edvin Sugarev. Many of her translations have been published in leading American literary journals, such as The New York Review of Books, The Partisan Review, The Literary Review, Poetry East, Visions International, and in the anthology Shifting Borders: East European Poetry of the Eighties (Edited by Walter Cummins, Fairleigh Dickinson University Press, 1992). Popova-Wightman is also the owner of Ivy Press Princeton, a publishing house exclusively devoted to Bulgarian poetry in English translation. 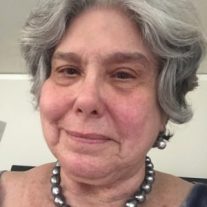 Elizabeth Ann Socolow was born in New York, 1940. She is a founding member of the U.S 1 Poets’ Cooperative in central New Jersey, Socolow lives in Princeton.  Since 1967 she has taught at many universities in the East and Mid-west, among others Vassar, Yale, Barnard, University of Michigan – Dearborn. Her work has appeared in Ploughshares, Nimrod, The Berkeley’s Poet Cooperative, Pudding, Fellowship in Prayer and Ms. Magazine. In 1987 she won the Barnard Poetry Prize for her book Laughing at Gravity: Conversations with Isaac Newton (Boston: Beacon, 1988). Her so far latest book with poetry is Between Silence and Praise (Ragged Sky Press 2006). She lives in Lawrenceville, New Jersey. 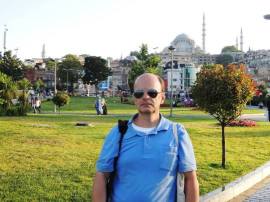 The previous parts of this article: