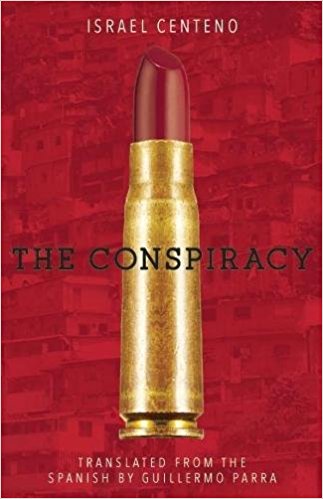 Manuel Roca was a correct, disciplined, tidy man. Manuel Roca was behind the president the moment they shot at him. He was his Minister of Social Affairs. Until the Military Staff cleared the stage, he didn’t flinch. He was a cold man. One of the guards grabbed him by the arm and he resisted. “What’s the matter?” he managed to ask, as he was freeing himself from the security pincers, looking at his coat, it had been ruined by the soldier’s assault, he ended up feeling annoyed.

“They’ve shot at the president.” Until that moment he had been Manuel Roca, the grey minister, with a low profile in the cabinet, a political favorite. Before they put him in the car heading to the presidential office his fate was already decided, “there are blows in life…”

When he reached the antechamber he was called to an emergency meeting and was told that from now on he would handle the office of Internal Affairs. He received the news without moving a muscle in his face. In his hands he held the regime’s domestic policy, he held the domestic policy of power. He remained standing in the meeting room, he knew it would be a private meeting, that it wouldn’t be a tedious cabinet meeting. The guards stood at attention when the president walked in, he took off the military cap and unbuttoned the front of his military uniform, revealing the bullet-proof vest. There were no preambles.

“Manuel, you’ve made a commitment to me, to the process and to the people. You must lead this stage,” the leader spit out. He took a handkerchief from the hands of his aide, first wiping his entire face with it, leaving him dry, with no shine, matte; then he insisted on wiping his forehead. He took the cup of coffee another soldier held out to him, and he drank it in one gulp.

“Do whatever you have to do and don’t inform me about the details, you assume that responsibility, I trust you, but there are things for which only you will be able to answer.” He asked for another jacket and the aide told him they were ready for the national TV and radio broadcast. The president, who was on his second coffee, extended his hand to Roca, his hand was small, delicate, it didn’t correspond with the rest of the body, at times imposing, despite revealing the initial corruption of obesity. Both men looked at each other, Roca remained sober, the president squinted his glance slightly. He turned his back to him and left.

From the presidential office, Manuel Roca was led to the offices of his new ministry. He didn’t see his surroundings, he didn’t stop to notice the details the departing minister had left, he picked up the phone that was free of monitoring and called Lourdes and Dominguín, his two party companions, demanding their immediate presence at his office. Then he called the State Police Commissioner and asked him for a meeting with the Chief of Military Intelligence, while he ordered him to not let the ex-president of the state oil companies escape, that they take measures in the airports and detain Durán; it was the moment to dismantle the syndicates he led. He requested that they raid the headquarters of a few opposition organizations and detain all those who were on file as enemies of the revolutionary government. He immediately demanded a call with the Attorney General of the Republic and with the People’s Defender, he informed them that some constitutional rights had been suspended, but that regardless he wanted them to guarantee the physical integrity of all those detained, a few legal procedures would be ignored and whoever had to go to prison would go, but both the Attorney General’s office and the Office of the People’s Defense must tell the world that human rights were being respected. He received a call from the Minister of Defense in which the latter informed him that the troops were on the street, the headquarters of the National Assembly was being guarded and there were no reports of disturbances, the situation was under control, they had found the weapons they needed to find in Durán’s house. Roca smiled, now is when things are about to become difficult for Durán, he told himself.

Lourdes and Dominguín arrived in an official car, they were immediately invited to step into another official car where the minister was waiting for them. They drove out into the street, took one of the main avenues and then a highway, feinting as though they were leaving the city. The minister trusted no one and still didn’t have a safe place for meetings. Which is why they would drive around while they discussed a few details.

“We’re in power now,” said Roca. “We finally have actual power. What about Silvestre?” He took out a handkerchief and covered his nose, even through the air conditioning, the smell of smoke was everywhere.

“Silvestre did a half-assed job, he’s dead,” said Dominguín. Lourdes was looking towards the right, along the highway they passed billboards, buildings, light posts; the city was passing by outside, foreseen, through the smoke that was falling over it. She was looking at tanks. The military was mobilized.

“I understand that Sergio escaped.”

Yes, he had escaped, the man had been swallowed by the earth or the smoke. It shouldn’t have happened. He should be accompanying Silvestre in the morgue, he should have been exposed to the press.

“It’s a matter of time, “ said Lourdes, “before they photograph his corpse.” She tried to smile. Roca was tense, but he didn’t stop looking at her with fondness, he was staring at her chest, she had medium-sized but ample breasts, nicely shaped and firm.

“We have to correct whatever mistakes were made, all of you in the organization now become a shadow army.” He gave Dominguín a folder. “Here’s a list of people who need to be quiet. I don’t want to know anything about them, ever. And for tomorrow I want Sergio where he needs to be.” He told them that the process had entered the stage where they had to organize anarchy, that the ground had become a matter for the army, that whomever took over even a yard of ground would do so only to be buried under it. The revolution was now about order. This was how things had changed and it was a real shift that everyone must have been made to feel, not as a message, but rather as the government’s order and will. He ordered the driver to take the car toward a town in the city outskirts and he told Dominguín that he should only contact him via the agreed upon cell phone number. Dominguín opened the door, paused and waited for Lourdes.

“She’s staying, we’ve got work to do. We’ll talk soon.” Dominguín found himself alone on the sidewalk of a town in the outskirts of Caracas, he watched the black car disappear amid the smoke. While he scratched his head he thought how unnecessary it had been for them to leave him out there. He lit a cigarette. The comrade was already making us feel the power he wielded. He thought with annoyance that he would have to figure out how to get back to the city, he didn’t realize a man was lifting his arm behind him, aiming and destroying his occipital bone with a gunshot. The body fell without drama, the papers with the to-do list disappeared from his side.

Published with permission from Phoneme Media