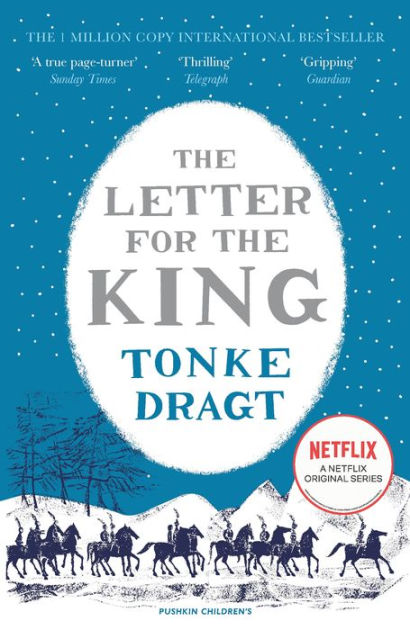 Post by guest author Aaron Tyo-Dickerson from the International School of The Hague.

Dutch author Tonke Dragt was born in 1930 in the city of Batavia in the Dutch East Indies (Jakarta, Indonesia today). Only a year younger than Anne Frank, Dragt’s adolescence was also interrupted dramatically by World War II. Like Frank, Dragt’s family were rounded up and placed into an internment camp by foreign occupiers: the Frank family imprisoned by the Nazis of the Third Riech, the Dragt Family taken into custody by the Empire of Japan.

As a child Dragt was a budding artist and avid reader and while in the Japanese camp she collected and hoarded scraps of paper on which she drew fantastical people, places and things. Without books to read, she began to write stories of her own instead, using her drawings for inspiration.

At the conclusion of the war Dutch prisoners were released from the Japanese internment camps and many of them chose to leave the Dutch East Indies and repatriate to the Netherlands. Dragt’s parents and their three daughters spent long, tedious weeks at sea as they slowly journeyed towards their Dutch “homeland,” a country where young Dragt had never lived. They eventually settled in The Hague (Den Haag), where she finished school and subsequently studied at the Royal Academy of Art (Koninklijke Academie van Beeldende Kunsten).

This long journey to a strange land is echoed in Dragt’s most well-known book The Letter for the King (De Brief voor de Koning). The story itself developed in Dragt’s early years as a drawing teacher in the crowded public schools of post-war Den Haag, where she discovered that she could soothe a noisy classroom of adolescents if she began to tell them stories. She distributed paper and art supplies to her students, who would then listen intently as they worked on their drawings and she enthralled them extemporaneously with a story.

By her own admission Dragt began each lesson’s story without knowing where the narrative would take them, figuratively or literally. At the end of class as Dragt and the students packed up their art supplies students would often ask what would happen next in the story, to which she would honestly respond that she didn’t know yet, but they would all find out in the next lesson. To help herself with her increasingly elaborate storytelling, Dragt used her own artistic imagination to create maps of the places in her stories.

Set in a medieval world full of wide rivers, high mountains, and dark forests, Dragt’s The Letter for the King opens with the teenage Tiuri sitting vigil in a church in preparation for becoming a new knight in the service of King Dagonaut. His vigil is disturbed by the knocking and pleadings of a desperate stranger who implores him to deliver a sealed letter to a mysterious knight who is waiting at an inn in the middle of the nearby forest. The fate of two kingdoms hangs in the balance, according to the stranger, and Tiuri would appear to be just the person for this mission: young enough to be above suspicion but noble enough due to his almost-a-knight status.

Much like Bilbo Baggins making his fateful decision to leave his comfortable life at Bag End to become a burglar for a party of dwarves in J.R.R. Tolkein’s The Hobbit, Tiuri decides to take on the task of delivering the letter. Unlike Bilbo though, Tiuri starts his journey alone, without supplies, and in the middle of the night.

In the tale that follows, the enigmatic Black Knight with the White Shield is ambushed, leaving Tiuri on his own with a secret mission. Echoing Gandalf the Grey in Tolkein’s Fellowship of the Ring Tiuri is given a charge, in this case a letter, and told to “keep it secret, keep it safe.”  While Bilbo Baggins has many years of peace in his Shire to lock away The One Ring in a trunk, Tiuri has only a few moments of contemplation before he must summon his resolve to leave his home, his family, and his future of knighthood to King Dagonaut in order to deliver this mysterious letter to the king of the far away land of Unauwen.

Bands of Red Riders and Grey Knights pursue Tiuri across the Kingdom of Dagonaut and on his journey westward to the Kingdom of Unauwen. Tiuri meets bandits on the road, monks in a monastery, lords in castles, a fool in the forest, a hermit in the mountains, and many more characters that are a help or hindrance to his mission. In addition to the titular letter for the king, he acquires a shimmering ring from the hand of the dead knight, a majestic black steed named Ardanwen, and the guide services and eventual friendship of another youth named Piak.

Readers of young adult fiction will enjoy Tiuri’s inner monologues at the decision points of his perilous journey. On his own and facing consequential choices and challenges, young Tiuri voices the often confused thoughts of an adolescent who wants to do the right thing, even when it is not always clear what that might be. Deciding how to keep himself and his mission safe from those who would do him harm, whom to trust, when and how to reveal his secret mission all make his physical journey even more difficult.

Underneath the adventure itself is a story about what it means to be honest and loyal, to care about doing the right thing, and to be true to your word. The Letter for the King is a Hero’s Journey in the classical sense, but the titular letter is only a McGuffin. Our hero Tiuri however is a true hero, a protagonist who works hard to learn from his successes and failures, to use his own strengths and to borrow the strengths of others, and to become the hero his world needs him to be.

Highly recommended for historical adventure readers ages 10 and up.

Fans of The Letter for the King were excited to learn in 2018 that Netflix was producing a series based on the book. The Letter for the King was the first Dutch story filmed by Netflix, which thrilled Dragt fans here in the Netherlands. Filmed in English, the production boasted a diverse cast of well known actors, including Amir Wilson, Ruby Ashbourne Serkis, and David Wenham (yet another Tolkein connection). At ninety-plus years, Dragt herself chuckled that she would have to “stick around a bit longer” to see the results of this historic production.

The year 2018 also saw the first English publication of Dragt’s second Tiuri novel, The Secrets of the Wild Wood. Readers of Dragt’s first Tiuri book will also enjoy this exciting tale of lurking danger, a missing mentor, friends old and new, and a battle to decide the fate of two kingdoms. The continued story of the newly knighted Tiuri prompted one enthusiastic fan to write to Dragt “Leve Tiuri!” (“Long live Tiuri!”) much to Dragt’s delight.

You can purchase a copy of The Letter for the King here.

You can purchase a copy of The Secrets of the Wild Wood here.

Reviews The Letter for the King:

“Tiuri’s spiritual travails are translated and enlarged into reality. He must undergo these trials in order to become not just a knight, but an adult, with the qualities of honour, courage and resilience. At the end of the book, a jester tells Tiuri a story about a man who chased a rainbow: ‘he realised that what mattered was not the rainbow itself but the search’. And Tiuri’s search is gripping, delightful and true.” — The Guardian

“Presented in a seamless translation by Laura Watkinson and graced with the author’s own illustrations, Tonke Dragt’s novel has the simplicity of plot and clarity of expression characteristic of great children’s fiction. Over its 560 pages this spellbinding classic of high fantasy never once flags.” — Financial Times

Reviews The Secrets of the Wild Wood:

“Young Sir Tiuri, recently knighted following the events in The Letter for the King, finds the adventure he seeks deep in the mysterious Wild Wood. The translation flows smoothly and may well appeal to young fans of knightly adventure tales. . . An old-fashioned Arthurian-esque adventure for those who enjoy that genre’s satisfying storytelling pleasures.” — Kirkus Reviews

“Fans will be delighted… The Secrets of the Wild Wood… takes Tiuri back into the perilous wood, forefronts some of the female characters and offers intrigue, action and escapism.” –– Sunday Times, “Children’s Books of the Year (2015)”

This post may contain affiliate links that earn Global Literature in Libraries Initiative a commission at no extra cost to you.