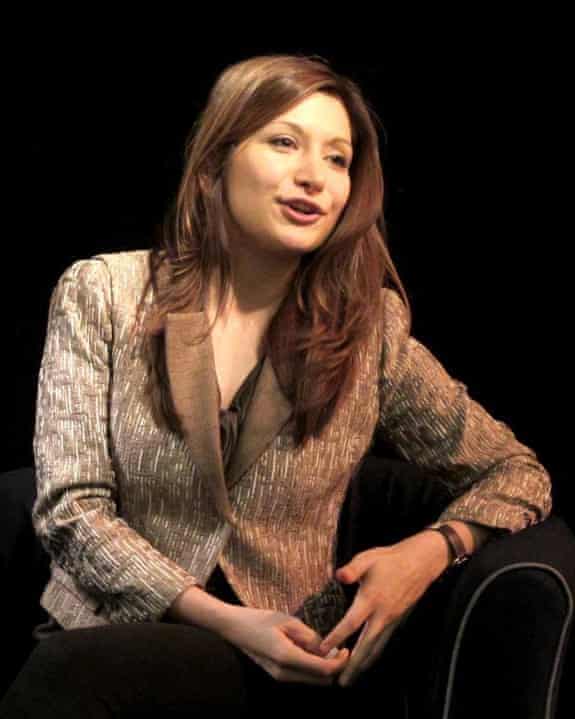 Sometimes all that’s left of value in an exile’s life is his identity. Please stop asking people to rub out their face as tribute.

Many refugees express profound thankfulness and love for their adopted homeland, yet they often feel burdened with the obligation to embrace their new country and reject the old completely. Criticism of the new country is met with hostility or even charges of disloyalty; how can they be so ungrateful? But how much gratitude must refugees be expected to display, and is there perhaps something hypocritical about our need to see refugees as highly successful, yet slavishly, eternally in our debt?

Dina Nayeri proudly describes herself as an “ungrateful refugee”, having fled Iran in 1988 as a child when her mother converted to Christianity and was threatened with execution. After being shuttled between several refugee camps, Dina, her mother and brother ended up getting asylum in the United States, eventually becoming citizens. To her profound, sorrow her beloved father “Baba” opted to remain in Iran, and they have had very little contact since.

Nayeri has written extensively about her experiences living as a refuge in England, Italy and the United States, and of the onerous burden of gratitude, coupled with the expectation that a refugee must as a matter of course reject everything about their home country.

This experience informs her autobiographical novel Refuge, in which Niloo, a young Iranian girl, struggles to assimilate into life in the West, while longing for the father she left behind. Niloo feels intense pressure to reject Iran and Iranian culture, yet as the years pass, she realizes she is becoming more and more western. Her memories of her homeland are fading, replaced by a frozen dream version of the real country:

“The mystic Al-Ghazali said that the inhabitants of heaven remain forever thirty-three. It reminds me of Iran, stuck in 1976 in the imagination of every exile. Iranians often say that when they visit Tehran or Shiraz or Isfahan, they find even the smallest changes confusing and painful – a beloved corner shop gone to dust, the smell of bread that once filled a street, a rose garden neglected. In their memories, they always change it back. Iran is like an aging parent, they say.”

Even more tragically, Niloo’s relationship with her actual “aging parent” is just as ephemeral. She resents her father for giving up his wife and children so easily, and for making little effort to preserve their relationship, yet she retains her childhood adulation and hero worship for the man who was once larger than life. When she finally meets him again as an adult, it is a profound disappointment: he not only seems old, but provincial and unsophisticated. And yet…

“I decided that I had been foolish to be ashamed of Baba, to let my need for security conquer every other instinct. I had spent years nursing the wrong fears. Baba’s Iranianness, his village ways, weren’t the problem. Just the opposite: if Baba were to uproot, every special thing about him – the Ardestoon he carried in his easy gait and his yellow fingers and his lion cane – all of that would be lost. Home would be lost. Living in American or Europe would end him, his lofty, infectious personality, his wonderful sense of himself. Deep down, Baba must have known this.”

While The Refuge captures the sorrow of lost connections due to exile, Nayeri’s nonfiction work The Ungrateful Refugee unapologetically calls out the hypocrisy and self satisfaction around the notion of the ideal refugee. Refugees are expected to abandon all loyalties and affection for their home country, and are not allowed to express any fondness or longing for their culture:

As refugees, we owed them our previous identity. We had to lay it at their door like an offering, and gleefully deny it to earn our place in this new country. There would be no straddling. No third culture here.

Nayeri dissects the pressure around being the perfect , model refugee: never to be a drain on their new country; to be telegenically traumatized, but ultimately triumphant; the obligation to be a newsworthy success story which their hosts can point to with pride:

“They don’t like the damaged, I wanted to say, especially if they think the disease is in your mind. Trust me, the Americans and the English, they like triumphant stories. They want to be a part of the stories. They want to find excellent people, luminaires, pluck them out of hell, knead them flawless. They want to congratulate themselves for something remarkable.“

She also questions the morality of refugee and immigration policies which prioritize accepting those with something to contribute:

Despite a lifetime spent striving to fulfil my own potential, of trying to prove that the west is better for having known me, I cannot accept this way of thinking, this separation of the worthy exile from the unworthy. Civilised people don’t ask for resumes when answering calls from the edge of a grave.

Weaving her own experiences with those of a variety of exiles and asylees, Nayeri offers a nuanced, complicated tapestry of the refugee experience, while skewering the hypocrisy and smugness of those who comment and criticize from a safe distance.

For more about Dina Nayeri:

The Ungrateful Refugee: “We have no debt to repay”