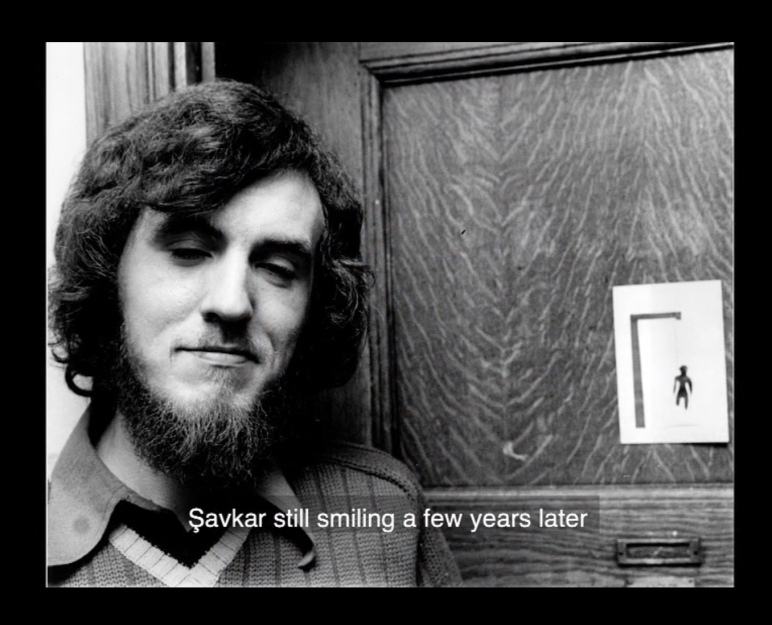 Today I am handing over guest editor duties to Turkish author Kaya Genc. Thank you Kaya for this thoughtful piece!

Exile wasn’t a choice for Turkish dissidents of the twentieth century. It was a necessity. Turkish literature’s luminaries, from the poet Nâzım Hikmet to the novelist Halide Edip Adıvar, lived abroad because autocrats who ruled their country feared them. These days, one of our leading fiction writers, Ahmet Altan, is serving a life sentence because of his political statements. Countless intellectuals have fled the country to avoid a similar fate.

The case of self-exiles is different. They may fear arrest or abhor Turkey’s depressing autocratic atmosphere. This is a country where chauvinist journalists launch hate-campaigns against respected authors—from Aslı Erdoğan to Elif Şafak—each morning to secure their wages. Not everyone can stomach the paranoid climate pro-government writers make sure never leaves us. If disillusioned poets and novelists eventually decide to flee their homelands for places where being introspective or outspoken is welcomed, not punished, who can blame them? Still, leaving when you don’t legally have to demands courage of a particular kind.

Şavkar Altınel is one of those self-exiles. (His departure had little to do with politics, which gives it more significance.) When I called him the greatest living poet of Turkish literature in the past, not everyone agreed. But returning to Altınel’s cold verse refreshes me each time. Aloof voices like his relieve minds in countries ruled by demagoguery.

Looking out of the window,

I see the valley enveloped in darkness,

the silhouettes of houses and trees

are almost impossible to make out,

even the glow of London

which always tints the clouds on the horizon

has lost its strength:

Another stanza from “The Transparent Double” from his 1999 collection The Dull Lights:

Waking up shivering in the deck-chair

where I fell asleep while reading,

I wonder where summer’s gone

and at what point the years began

to hand me over from one winter to another,

reducing light and heat to a distant memory.

I reach for my book fallen from my hands,

but it’s already too dark

to make out the words.

Eventually I give up and go inside;

my fingers find the electric switch

and there appears outside the window

the room’s double, transparent and unreachable.

Altınel has made the Anglophile world his home soon after finishing Robert College. He arrived in Chicago in 1972, aged nineteen. There he dreamt of becoming a writer, but already in his Istanbul high school people considered Altınel a precocious genius. Shortly afterwards he found himself on Chicago Review’s fiction staff, responsible for perusing the slash pile. He remembers throwing manila envelopes whose contents he disliked into a cardboard marked ‘Rejections’. Stuff he liked made their way to desks of senior editors. Recalls Altınel in a piece for Chicago Review: “I had imagined that as an English-speaking Turk I might be a somewhat exotic addition to the staff, but such illusions were soon dispelled. The Editor was a stateless Russian named Alexander ‘Sasha’ Besher whose parents had managed to defect to Japan after being sent to China as advisors in the days before the great Sino-Soviet rift. I can’t remember now if Sasha actually spoke Japanese, but he was certainly extremely interested in Japan and in regular contact with various writers over there.” From 1972 to 1973 Altınel’s work at the Chicago Review defined and, in ways large and small, saved him:

Reading for the magazine for a few hours every day and attending the editorial meetings kept the demons of adolescence at bay. Or at least they did so for a while, although after about two years the demons finally broke through. I became unhappy in my private life, and as unhappiness is time-consuming even (or perhaps especially) if one has all the energy of youth, I turned in my office key and left the magazine to concentrate on my misery. That was nearly a quarter of a century ago; now I live thousands of miles away in England, and my youthful misery has long been replaced by the bewilderment of middle age, a condition which, while even more dreadful, is somehow also more manageable and can be relied on to remain in the background while one gets on with one’s life.

It is this bewildered, dread-ridden mood that defines Altınel’s poetry. I’ve always wondered whether this author of such bleak poems would survive if he stayed in Turkey where introverts feel forced to surrender and normalize their eccentricities. We’ll never know whether Altınel would become Altınel had he not self-exiled.

There was no reason why he wouldn’t have led a safe, productive career in Turkey. Altınel doesn’t espouse Marxism, Islamism, communism or any type of separatism, to my knowledge, and that would provide him freedom of a kind. In fact, an ideologically-inclined critic might consider Altınel a bourgeois poet,take issue with his detachment, and accuse him of “playing it safe”. But it is this determination to eschew any type of idealism that I admire in Altınel’s work. He remains a bleak realist for a country where passion is overrated.

After four years in Chicago Altınel spent thirteen years in “gloomy but striking Glasgow” where he began writing poetry. Twenty-five years of living in “hilly Berkhamsted” followed. He worked as a court interpreter and began finessing his prose: critical essays, travel diaries, book reviews soon firmed into a self-assured voice.

More recently Altınel moved to Ramsgate, in east Kent, England. Earlier this year Şule Nişancıoğlu directed Stranger by the Sea, a film on Altınel’s life in Ramsgate, winning plaudits (and the Best Documentary Film award in this year’s Berlin Short Film Festival). Watching Stranger by the Sea I was struck by the calm beauty of Altınel’s surroundings: the clocktower, the pier, the coast, the writing studio furnished by globes, travel posters, maps—symbols of a perpetual thirst for adventure.

In writers who love the beating heart of politics, Altınel’s bucolic life may lead to yawns. To the bleak realist it has provided the ideal place to write, away from the homeland. Altınel characterizes his travel books as “voyages of self-discovery” and, in his 2009 book The Stranger on the Hill, wrote: “If I weren’t a stranger everywhere, I couldn’t see how remarkable everything is, and write. Writing starts when we become a stranger”. The Brueghel of Turkish poetry retains his skill for depicting the mundane and the extraordinary; these days he’s rendering his Turkish works into English. “Our lives seem normal to us because we are used to them,” he has said: “To see how peculiar they are we must look at them as a stranger. I’ve been lucky in this: because I’ve spent most my life in foreign countries I’ve always looked at things as a stranger anyway.”

His is the point of view of a plane passenger drifting in the air—a symbol of self-exiles everywhere. He captures this mood masterfully in “Landing in London”:

after a certain age who can open a door, hoping to find all the world has to offer?

Below lies a city where a day’s fading,

all looking shabby and dull in the weak light

as they steadily approach, crowding out the sky.

Kaya Genç is the author of three books from Bloomsbury Publishing: The Lion and the Nightingale (2019), Under the Shadow (2016) and An Istanbul Anthology (2015). His website is: www.kayagenc.net/writing