The relationship between an educator teaching world literature and translated works is an obvious one, but the connection between that teacher and a community of translators and publishers is not at all a given.  In fact, many of us who teach World Literature in colleges and universities are graduates of English literature programs, where, unlike in comparative literature programs, the entry into world literature is often (not always) through anglophone works from postcolonial areas.

I teach a World Literature survey course at Wofford College, a small liberal-arts college in Spartanburg, SC.  Like many folks who teach such courses, the “World Lit” course concept does not necessarily reflect my research background; though I do work with international and translated works, I’m not extensively trained in comparative literatures. When I began designing the world literature survey, I found the search for recent contemporary literature in translation –short stories, plays, novels and poetry—daunting. I could find such literature, sure, but the titles on Amazon weren’t curated—even if I were to trust an Amazon book reviewer, these books hadn’t been vetted by very many customers, much less circulated in academic discourse. A cursory gander at syllabi from other world literature courses confirmed that, even if college courses were including more minority literatures and extending the canon, they frequently featured the same texts.  A Woman at Point Zero, by Nawal El Saadawi, is a favorite that recirculates on many American syllabi, as is So Long a Letter, by Mariama Ba, The 1001 Nights, Tayeb Salih’s Season of Migration to the North, and J.M. Coetzee’s Waiting for the Barbarians. Most of the anthologies that were advertised world literature were either limited to canonical voices from the ancient era to modernity, or else—this surprised me—were collections of postcolonial literatures in English.

I met Rachel Hildebrandt, the founder of Global Literature in Libraries Initiative (GLLI) and a translator/publisher who lives in Spartanburg, serendipitously. We were part of a group of language, literature, and area studies instructors working to promote translated works on Wofford’s campus.  In my first meeting with Rachel, I had to stop and pull out a notebook as she rattled of the names of recent translated works that might fit in my course. Then, when we brought Marcia Lynx Qualey, translator and founder of ArabLit.org, to our campus for workshops and a lecture, I had a complete reawakening about how a world literature course might be shaped.

Marcia’s presentation at Wofford on Arabic literature in translation has forever changed the way I approach teaching world literature. Here were dozens of recent books translated from Arabic into English and recommended by a translator who was incredibly knowledgeable about the small-publisher titles and about the books’ translation and critical-reception histories.   I joked that she cost me a pretty penny after that presentation, with all the fantastic book recommendations (world literature is an expensive field). I’m in love with these titles, in particular:  A Beautiful White Cat Walks with Me by Youssef Fadel and the sci-fi story collection Iraq + 100 edited by Hassan Blasim). I was grateful for this encounter, if not stunned and a bit embarrassed that this type of resource had not been more obvious to me before.  Years of combing internet booksellers and academic articles to find recommended texts and it had never occurred to me to find a community of translators and independent publishers.

Translators, I now understand, are vastly informative about trends in the translation market, gaps, and literary authors who should be receiving more critical acclaim but have not been “discovered” in the West.

On the first day of English 204: World Literature, I introduce students to the debatability and arbitrariness of a World Literature syllabus. Inevitably, the collection of works they will read in my class is “haunted,” to borrow a phrase from Villashini Cooppan’s “Ghosts in the Disciplinary Machine: The Uncanny Life of World Literature.”  My course is always haunted by its own inescapable flaws and by the following questions: does this writer want to be seen as representative of a nation-state? Or would they prefer to be categorized by city? What would a “World Literature” reading list look like in Cuba or Mauritania? Would readers living in India agree on my choices for authors, or have I simply chosen authors that market well in America?

In Cooppan’s lovely articulation of reading translated works in a world literature context, “we cannot hope to render the foreign entirely like ourselves, still less to firmly exclude it from ourselves. What we can do is to build into each act of reading precisely those moments in which we see ourselves drawn into difference, incorporated by it, and shut out from it, across a long historical trajectory” (29-30).  The question, though, for me, as a purveyor of world literature, is how we can build back into our act of syllabus-creation (or library collection-building, or book club selections, et cetera) the unfamiliar and the seemingly inaccessible readership of other places – the reading habits, preferences, exceptions, consensus, and possibilities of other linguistic spaces, not just their books.

Enter GLLI stage left, and it’s recent efforts to build a catalog of all young adult (YA) and children’s literature in translation—and enter Wofford, stage right, and a summer collaborative research grant, which allows professors and students to work together for 5-10 weeks on a project.  Wofford students Nneka Mogbo, Lydia Estes, and Yeshira Roseborough (see bios below) joined me for a five-week intensive search for translated works from the African continent, South America, and the Middle East (primarily the Maghreb—Mauritania, Libya, Morocco, Tunisia, and Algeria). We began by orienting students to the challenges of introducing translated texts to American readers—particularly young adult readers.  In addition to combing the internet, the three student researchers interviewed translators and publishers to identify significant works of literature in those regions that are, or are not yet, translated into English. Both the trends in translation work and the gaps we find will become the basis for scholarly research and presentation.

To share a few of our early discoveries, we quickly noted that Swahili, Wolof, Hausa and Afrikaans languages were available in English or dual language translations more often than other indigenous languages, which were, for the most part, untranslated. Until very recently, most of the Caine Prize for African literature awards were awarded in to stories written originally in English; moreover, indigenous African language texts are rarely translated into English, whereas English texts are translated into indigenous languages, a postcolonial obstacle in reciprocal intercultural exchange.  The first Mauritanian book translated into English will be published this Fall, and in South America, the number of translations for YA texts are just starting to approach the number of translations for “adult” texts. In the next few weeks, each of the summer researchers will post to the GLLI blog about their experiences—thank you GLLI and Rachel Hildebrandt for this wonderful teaching opportunity!

Lydia Estes, from Carlisle, PA, is an Art History and Spanish double major with a minor in Government. In May, she was named Wofford College’s 35th Presidential International Scholar.  As a Presidential Scholar, Lydia will travel to Chile, Uruguay, Brazil, Ecuador and Nicaragua to research the role of the arts in Women’s rights movements, then she will spend 12 weeks in Paris and Rome as part of her original study abroad plans made before she was named the scholar. Lydia also spent the summer of 2017 in Tanzania and Interim in Nepal and Tibet. Still, she’s found time to participate in campus activities, such as serving on the staff of the Old Gold and Black student newspaper, tutoring other students and being a member of Wofford Ambassadors and the Purple Scarf Society. 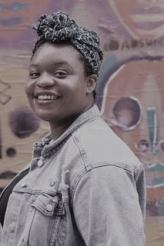 Nneka Mogbo is a first generation Nigerian-American who grew in Powder Springs, Georgia. She is an Intercultural Studies major with minors in Business, Arabic and Francophone Studies. Nneka loves learning new languages, teaching dance classes and playing Sims4. She is working to create an international digital media platform and working for an NGO in Nigeria.” 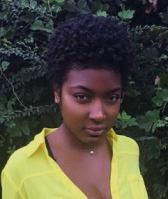 Yeshira Roseborough, born in South Carolina, studies English at Wofford College.  One of her favorite quotes by Maya Angelou, states, “There is no greater agony than bearing an untold story inside you.” Yeshira believes that healing lies in the stories we share, which is why she also believes that access to literature is essential. With a strong passion for the arts, she plans to earn her MFA after receiving her degree.

Kim Rostan, originally from Valdese, NC, is Associate Professor of English at Wofford College. Her research areas include world literature, African literature, and representations of truth commissions and collective atrocity.

One thought on “The World Lit Professor’s Conundrum: A Personal Reflection – By Kim Rostan”