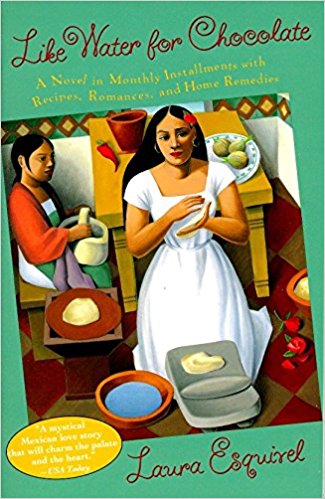 When I was in the second grade, the visits to the library were often the best part of any day.  To this day, bookstores are still a sacred space to me. A voracious reader with a fixation on spelling, it was a competition every week with my best friend to see who could learn all of the new vocabulary from our exclusive list of challenge words.  I raced through “pneumonia” and “catastrophe” then attempted words from other languages: “bildungsroman” and “baguette”. In addition to the bonus spelling lists, my second grade teacher began selecting my books for me when the class visited the library.  She wanted to collect challenging reads that still contained appropriate content and themes for a second grader. Eventually her curated stack of chapter books morphed into a shelf of my own behind her desk; when I finished one book, I stepped through the invincible shield which surrounded her desk and protected my personal library. Just as the competition from the bonus words remain a vivid memory from second grade, I’ll never forget the first book I was told I couldn’t read.

My second grade teacher, Mrs. Zerbe, eventually walked me around the library to show me from where she wanted me to choose my own books.  One of the chapter books I selected that day lived on the 5th grade shelf. The School Story by Andrew Clements is a novel about two girls, one the daughter of a publisher, who try to get a book published without the mother finding out. A book about books, a book about a young girl who liked to write, but a book about a daughter keeping secrets from her mother, was off limits to me.  Mrs. Zerbe skimmed the trio of books I picked to approve their content and was adamant that The School Story was too mature for me. That afternoon, I snuck the hard-back contraband inside my backpack after Mrs. Zerbe did backpack checks and later hid it under my bed to keep it a secret from my mom.

Not many days later, I brought the book with me in the car.  I encountered a word I couldn’t sound out by myself. No context clues could rescue me, either.  “pseudonym.” From the back seat of my family’s ’94 Suburban, I spelled the mysterious vocabulary out loud, hoping my mom would provide a definition and not ask any further questions.  Quickly she pieced together that I was reading the book Mrs. Zerbe emailed her about, because she wanted to explain to my mom why she took the novel away from me in case I cried to my mom about it.  My mom took Mrs. Zerbe’s side and again The School Story was taken from me. That was the first time I ever felt like my craving for books was something to be stifled; suddenly, the challenge list of spelling words felt like a liability.  My growing vocabulary was too advanced for my own good.

Fourteen years later, I find it striking how dramatic the whole event still feels.  At some point, yes, I read The School Story in its entirety, and it remains a favorite chapter book from my childhood.  Today, it’s clear how crucial that conflict was to shaping my experience as a reader, a lover of words, a defender of books.

When Dr. Kim Rostan first asked me to join her research team (and indirectly the team of publishers, translators, authors, librarians and academics who are devoted to the so-called “three percent problem”), I was intrigued.  I care about books. I care about those who want to read books as hungrily as I did. A language student as well, the issue of accessing literature in other languages struck a chord. I think back to the first time I met Gabriel Garcia Marquez on the pages of One Hundred Years of Solitude, falling in love with his style of writing in a matter of paragraphs.

My senior year of high school, I had to write a collection of essays on three books from one genre for my AP Literature final. Marquez flashed in my mind like marquee letters outside a theater.  I dove into a world of magical realism that spring. Also, as a foodie and a lover of historical fiction, Like Water for Chocolate satiated a craving I didn’t know I had.

Being able to read what we want without limitations opens up a world of books; we are upgraded from a single shelf to a whole library, to entire libraries everywhere and anywhere.  For so many years, I believed that. Even when I studied the magical realism genre my senior year and tried reading Borges in Spanish, it did not dawn on me that there might still be closed doors to libraries I can’t yet access.  It wasn’t until Dr. Rostan’s World Literature course and discussions about the politics of authors writing—or not—in English, that it occurred to me how much literature has been left untapped. Ironically, in the second grade, my vocabulary was too advanced for the content I was able to read.  Now in college, my vocabulary (and number of languages I speak) is far, far, far inadequate for the books I want to read by authors from places I’ve never been and in languages I’ve never heard. 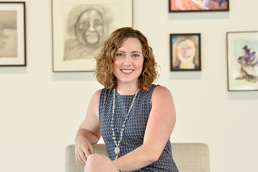 Lydia Estes, from Carlisle, PA, is an Art History and Spanish double major with a minor in Government. In May, she was named Wofford College’s 35th Presidential International Scholar.  As a Presidential Scholar, Lydia will travel to Chile, Uruguay, Brazil, Ecuador and Nicaragua to research the role of the arts in Women’s rights movements, then she will spend 12 weeks in Paris and Rome as part of her original study abroad plans made before she was named the scholar. Lydia also spent the summer of 2017 in Tanzania and Interim in Nepal and Tibet. Still, she’s found time to participate in campus activities, such as serving on the staff of the Old Gold and Black student newspaper, tutoring other students and being a member of Wofford Ambassadors and the Purple Scarf Society.