Turkish literature is a rich, creative, wonderful treasure trove that is well worth exploring. I am delighted to have this opportunity to share works by extraordinary contemporary Turkish women authors whose works have been translated into English. If Turkish literature as a whole remains underrepresented in the global literary arena, Turkish women poets and writers who according to critics “carried the day” after the 1990s remain with few exceptions invisible.[1] Whether they called themselves simply poets, writers or women writers or feminists,  all the women included in this blog played with language and participated in constructing a women’s language which would free their female protagonists from their positions as mere participants in a “man’s world.”

A collection of poems by one of Turkey’s leading poets Gülten Akın, who was also known as “Turkey’s mother poet,” became available in English in 2014 with the publication of What Have You Carried Over?: Poems of 42 Days and Other Works, (2014).  While Akın did not want to be identified as a “woman poet” or a “feminist” her poetry gives voice to Anatolia’s poor uneducated people, especially women. What Have You Carried Over?: Poems of 42 Days and Other Works is a collection of translations of poems Akın wrote between 1956 and 2008, reflecting on some very traumatic incidents in Turkish history, including the aftermath of military coups that took place during those decades. No one can avoid being moved by her beautiful, somewhat jarring, moving poems that have been ably translated and which give voice to mothers searching for their children who have been imprisoned or to women fighting to be heard in a patriarchal world.

Erendiz Atasü has been part of the Turkish literary scene since the 1980s, writing essays, short stories and novels. We are fortunate to have at least one of her works, her first novel, available in English translation: Dağın Öteki Yüzü (1995), in English, The Other Side of the Mountain (2000). A semi-autobiographical work that narrates the story of several generations of a family, this novel which blends the authentic and the fictional also narrates the story of the Republic of Turkey until the mid-90s. Atasü, like many of the women discussed here, participates in constructing a “women’s language” that allows women’s voices to be heard.

Müge Iplikçi is the author of works of fiction and non-fiction: short stories, novellas, novels, youth literature, and newspaper columns among others. Her novel Kafdağı (2008) appeared in translation as Mount Qaf  (2014) and takes its name from a mythical, remote emerald mountain or mountain range that separates the world of humans from the world of spirits. Mount Qaf tells the intertwined stories of Emel, a Turkish journalist, who is trying to track down Zahide, a Pakistani woman she befriended while studying in the US. Emel discovers that Zahide is involved in the CIA rendition program. This multi-layered dark novel can be read as a thriller, or a psychological mystery.

TED Talk: ‘The Politics of Fiction’ by Elif Shafak

Elif Shafak is one of the few Turkish authors, female or male, who has attracted the special attention she deserves. With her international background that allows her to write in both English and Turkish, Shafak has been more accessible and had greater access to an international audience than others. This award-winning writer’s works, which often tell the stories of women, minorities or marginalized groups, blend Eastern and Western storytelling techniques. Shafak’s works touch on diverse and always relevant topics, ranging from the Turkish-Armenian past to Honor to post-partum depression. Too numerous to list here, most of her works fiction and non-fiction, are available in English. Readers will find it well worth their while to not only read her books but also to listen to her TED talks and interviews, ranging in topics from what inspired her to write to the Turkish attempt to join the European Union, which are available online. 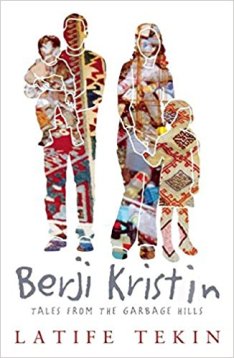 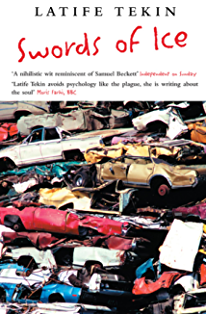 Latife Tekin, an essayist and novelist who made her mark in the post 1980 Turkish literary scene by engaging magical realism arrived on the Turkish literary scene in 1983 with her Sevgili Arsız Ölüm (1983), translated as Dear Shameless Death (2001), a novel inspired by village life and mother-daughter relations. Berci Kristin Çöp Masalları (1984), her second novel but first to be translated into English as Berji Kristin Tales From the Garbage Hills (1993), captured the lives of the migrants who built the shanty towns in Istanbul. The Shanty towns and its denizens are the main story rather than simply the backdrop.  And in this world that is continuously being torn down and rebuilt women are powerful figures. Buzdan Kılıçlar (1989) or Swords of Ice (2007), is about the language of the poor and the loss of identity by copying others, especially by copying the language of others. While this novel did not receive as much critical attention as her first two novels, it is just as original and interesting.

Buket Uzuner has written essays, stories, novels, and travelogues, which capture the readers’ imagination. Uzuner brings her own experiences as an independent, well-educated, well-traveled woman to her writing, creatings intertextual dialogues with both international and Turkish literary texts of the present and past. Like Elif Shafak, many of her works are available in translation. Writing in an original and innovative language, with a wonderful sense of humor, Uzuner’s interest in relations between people and the environment that they inhabit is reflected in her novels. For example, Iki Yeşil Susamuru: Anneleri, Babaları, Sevgilileri ve Diğerleri (1991), translated as Two Green Otters: Mothers, Fathers, Lovers and All the Others (2013), is about two well educated, modern characters Teoman and Nilsu and their relationships with their parents, lovers and all others. This insightful work about two characters trying to find a new approach to life and love should appeal to a wide array of readers.

The works included in this blog entry are a small sample of excellent examples of Turkish  literary texts by women. I hope that the sample will continue to grow as more readers discover these authors.

Roberta Micallef is quite passionate about travel, literature and cultural encounters. When she was old enough to notice that traditional historical texts excluded women’s point of view, she discovered letters, memoirs and travel narratives. She continues to explore them.

Title: ‘What Have You Carried Over?: Poems of 42 Days and Other Works’

Title: ‘The Other Side of the Mountain’

Title: ‘Two Green Otters: Mothers, Fathers, Lovers and All the Others’