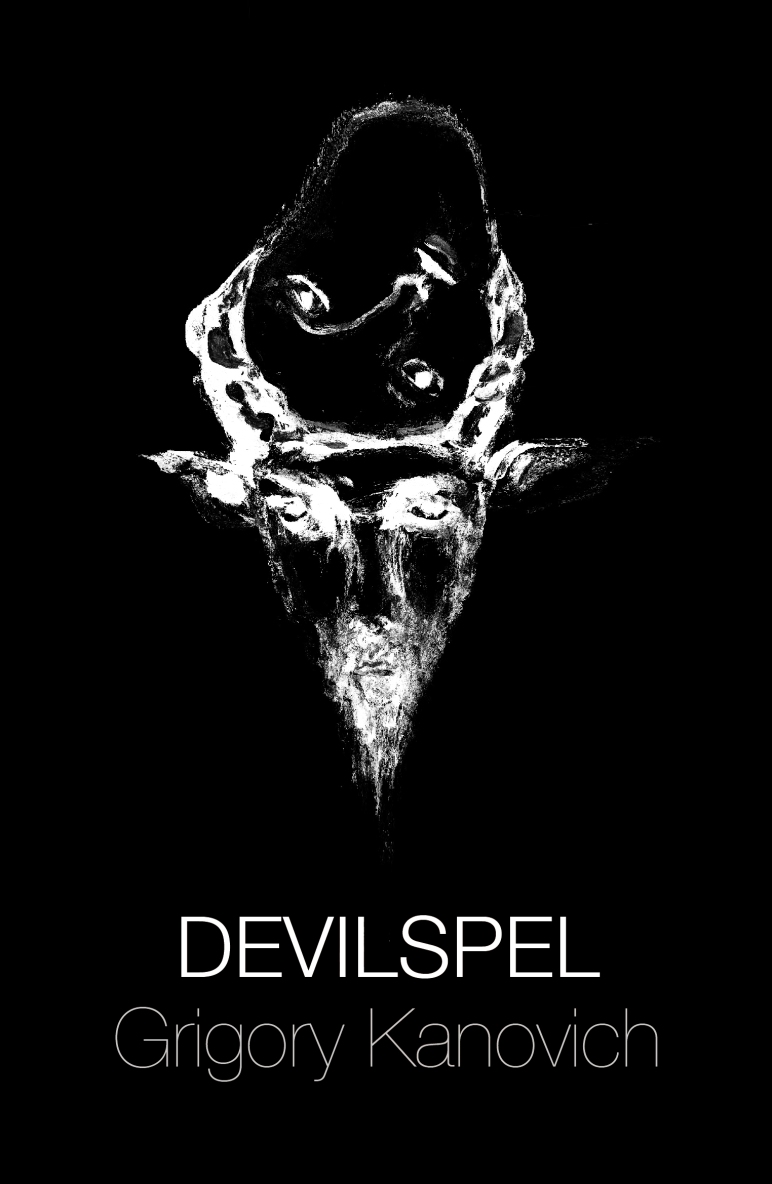 Danuta Hadassa no longer remembered how many years had gone by since she found herself living out in the sticks; she had been on the road for years and had intended to put an end to her life in a roadside inn. Except for Ephraim Dudak, the father of her first husband Ezra and the grandfather of her first-born, she didn’t have a single acquaintance, not to mention a soulmate. It was the Lord Himself, apparently, who had convinced her not to return with her baistriuk – her little bastard – to seek refuge on the family estate in Smorgon, in Belorussia, with her aristocratic and gracious aunt, Stefania Skujbyszewska; instead she had headed for Lithuania, to sleepy Zhmud, where her seducer, the devil Ezra, had come from.

Of the Dudakov family tree, Danuta knew only that Ezra’s older brother, Shakhna, who later became her second husband, had once worked as a translator for the Wilno police department, translating the testimony of arrested Jews from Yiddish into Russian, and that the head of the family, Ephraim, was a stonecutter and gravedigger in the village of Mishkine, sheltered deep in the very woods where once, for three days and three nights in her wild youth (now long past), she had given in to the caresses of the cheerful and insatiable dissembler Ezra, who had, with his talents and temperament, conquered the heart of the provincial girl and carried her off to Wilno, the sinful pleasure-pits of which pulled people in like a whirlpool.

Danuta knew even less about Ezra’s tribe, the Jews. Aunt Stefania, a fervent Polish patriot and inveterate moralist, asserted that the Jews worshipped the golden calf, and, villains and miscreants that they were, had pitilessly crucified, “Our poor saviour, Jesus, Jesus Christ, and nailed Him to an oak cross with rusty, poisoned nails.” Ezra carelessly mocked such old wives’ tales, calling her aunt a “universal fool” and “a confirmed old maid,” swearing that there were no more merciful people on the earth than the Jews – that the Omnipotent One had commanded the Jews to love both their neighbours and foreigners, despite the fact that from time immemorial neither foreigners nor neighbours had shown particular love either for Him or for the people He had chosen.

“If Ezra’s father is alive,” Danuta thought, “I’ll fall at his feet. I’ll ask forgiveness for all my sins, both the real ones and those I’m not so sure about. I’ll ask him to forgive my sins and at least take Yuzik into his home; he’s completely innocent, even if he is a little wild from his long wanderings.” After all, the boy was a blood relative, his first grandson. She could hardly give the boy a start in life all by herself. And leaving him in an orphanage would definitely put an end to his chances.

Lord, when was that? Back under Nicholas II, the Tsar of all Russia – the Great, the Little, and the White – when in Poland, Lithuania and in Belorussia the only ruler was Russia and when, in her rosiest dream she, Danuta Skujbyszewska, could not have imagined that she would live such a long, such an extremely long life, and that in her lifetime two revolutions would take place and two wars would be fought – the first against Japan and then, less than ten years later, the one against the Germans. Or that three different regimes would seize power and that at the end of her mortal days her prophecy would come true and her younger son, Aron, a simple tailor, an apprentice to Gedalye Bankvecher, would become a big shot and leave Mishkine in a brand-new officer’s uniform with a military cap decorated with a red star and visor, bound not for just anywhere but for Moscow, where only one of her relatives, her father, Lieutenant Józef Skujbyszewski, had ever been, when he had served in the Leib-Guards right before the Bolshevik Revolution.

It was to Ephraim’s credit, in that distant, unhappy time when Danuta had turned up unexpectedly and without any warning at the large Jewish cemetery, that her father-in-law had not dismissed her as an itinerant whore. He did not mention how for whole days and nights she and Ezra had pounded the mattress which his deceased Leah had filled with new goose feathers every autumn. Nor did he ever complain about her sins or tell her to get lost, along with her son, who turned the tear-filled eyes of a frightened little animal on his grandfather.

Danuta would never forget how she stood in the cemetery yard, still and serene, and stammered to her first-born, who was all wrapped in rags, “My love, don’t stand there like a log. Smile. This is your grandpa, Ephraim.”

The boy listened, and his forehead wrinkled in confusion.

“Doesn’t he look like Ezra?” Danuta said to her frowning father-in-law after failing to draw a smile from her son. “The spitting image of him. And he’s a hooligan like Ezra too! He looks like you as well! I swear to God, he does. Just look at him. He and his father are as alike as two drops of water.”

“Yes, they are,” Ephraim said curtly and somewhat dubiously, after looking carefully at the boy.

Moved by the unexpected and generous agreement of her father-in-law, despite his severe appearance, Danuta began to cry.

“Don’t cry,” Ephraim comforted her. “We don’t weep for the living in a cemetery.” After a moment’s silence, he asked the newcomer, who was wiping her wet cheeks assiduously with a handkerchief, “What’s your name?”

“But didn’t Ezra introduce us back then?” she asked.

The old man twisted his forelock, grey now and thin, due to his age.

“My name is Danuta. The boy’s is Jozef, Yuzik in Russian. That was my father’s name. He was a lieutenant. Jozef Skujbyszewski, may he rest in peace.”

“Yuzik?” With lips as dry as an old piece of bread, Ephraim chewed over the unusual name. “A beautiful name. All the names in the world are beautiful. People’s names and the names of animals. But, if you will allow me, I will call the two of you in my own way; you will be Hadassa, after my mother, and my grandson will be Yakov, after my father.”

She would have agreed to anything as long as he didn’t chase them away, as long as he allowed them to stay there with the goat and the ravens and the dead. So, let it be Yakov and Hadassa, as long as there was a roof over their heads, a bowl of pea soup on the table and a tyufak – a straw mattress – in a curtained-off corner of the cottage. Only please let her stern father-in-law not change his mind . . .  What if the Jews suddenly raised a scandal, asking what things had come to that a shikse was in charge of their cemetery? A Catholic at that! Shame on Ephraim, the bull taking a young heifer in his old age! He should get rid of her immediately! Let her go back where she had come from!

“Yakov,” Ephraim muttered, tapping the nose of the lad wrapped in rags. But his grandson did not move. He gazed at his grandfather suspiciously and began to snivel.

“He doesn’t recognize me at the moment,” Ephraim said. “That’s alright. He will, in time. Everyone will get used to you, the living and the dead, the stones and trees, the birds in the pine trees and the mice in the grass.”

Ephraim lit the stove, heated some water and poured it into a container that was usually used to wash dead bodies. He prepared to bathe his illegitimate grandson but, when the latter was naked, seeing that his organ was uncircumcised, impermissible for a male Jew, he called Zalman, the region’s renowned mohel. To the sound of the repetitive song and plaintive croaking of the ravens and the goats’ pitiful bleating, Zalman performed the ancient ritual on the little one, rendering him one of the Jewish people.

And soon it came about, as Ephraim had said, that everyone, the living and the dead, the mice and the ravens, the trees and the stones, became accustomed to the newcomers. But to his dying day the old man never called his daughter-in-law by her old name or her new one. Instead, when he needed her, he had his grandson call her. Danuta did not hold this against him. She didn’t call him by his name either, using only the formal ‘you’ right up until his death.

“Devilspel evokes the lost world of Lithuanian Jews during the Second World War. From the lives of Grigory Kanovich’s vividly drawn characters emerges a panorama of world events that shook eastern Europe and the world. The subtle art of Kanovich is his ability to create characters in the town of Mishkine, like the feisty Danuta Hadassah, the idealistic Elisheva and the complex and empathetic Catholic Cheslavas, who live within us long after the chronicle of their lives has ended. The book is more than a novel. Its story touches the heart and questions human and divine justice in a world gone mad. With the earlier publication of Shtetl Love Song and now of Devilspel, Grigory Kanovich will take his place amongst the great Jewish writers of eastern Europe whose works embody the noble struggle for dignity and survival during a seminal period of Jewish history.”

One of the most prominent living Jewish writers and winner of the Lithuanian National Prize for Culture and Arts for 2014, Grigory Kanovich was born into a traditional Jewish family in the Lithuanian town of Jonava in 1929. According to Mikhail Krutikov, Professor of Slavic and Judaic Studies at the University of Michigan “. . . Today, Kanovich is the only writer in the entire world capable of depicting the life of the pre-war Jewish shtetl with the documentary precision of an immediate witness and the deep emotional passion of a lover mourning his loss. He survived the Holocaust almost by a miracle, and made it his mission to serve, against all odds, as a custodian of the collective memory of generations of Litvaks, Lithuanian Jews.”

Kanovich’s novels, translated into 13 languages, with over 1.5 million copies sold, form an epic Litvak Saga – a memorial and a requiem to a community now vanished. His play “Smile at us, oh Lord”, based on two of his novels, was presented to sold out audiences in the USA, Canada, Europe and Israel. Since 1993, the writer,  who is a member of PEN Club, has lived in Israel.

Devilspel by Grigory Kanovich, translated by Yisrael Elliot Cohen, is published in the UK by Noir Press £12.00 in paperback on 12 March 2019