Balchik is a small coastal town at the Bulgarian Black Sea coast, approximately 30 kilometers north of Varna. A century ago, it was not much more than a fishing village, but its natural location at a small bay, its Mediterranean climate and its picturesque houses and small streets made it a magnet for the Romanian aristocracy and also for many artists – there was even a rather famous “Balchik School of Painting”. The painters came here during the long summer, hunting for motives and enjoying a carefree and relaxed lifestyle at this small Black Sea town.

Wait a moment, did I say “Romanian aristocracy”? Yes, indeed – some parts of North Eastern Bulgaria belonged to Romania in the period between 1913 and 1940, and therefore Balchik was for a few decades the most popular destination in Romania for these people in summer. Visitors who come to Balchik today – and you should visit the place once you come to the Bulgarian Black Sea coast – will see the impact this Romanian period had on the town until today. 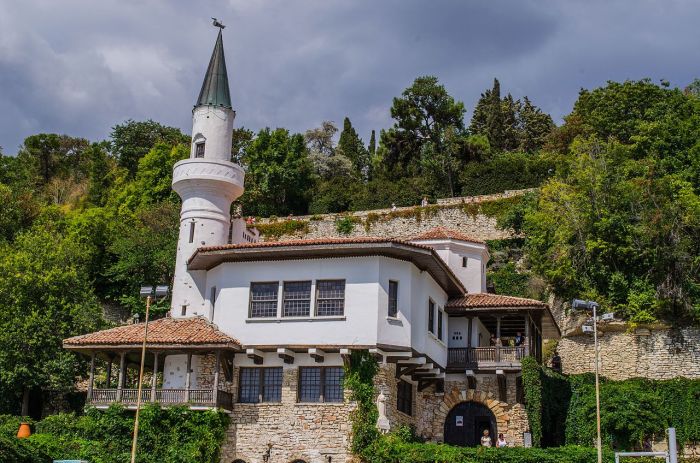 Balchik is a popular tourist destination because of the Palace of the Romanian Queen Maria (this Palace is indeed more like a small summer residence), and the small number of buildings attached to it, amongst which a minaret stands out that gives the place a bit of an “oriental” atmosphere. There is also a marble throne on the beach in front of the Palace, a favorite spot of the Queen from which she could look out at the Black Sea, waiting for a particular guest who would come by ship…

It was also the Queen, who – with the assistance of two Italian architects and a Swiss landscape gardener – arranged the whole plot of land as a mix of traditional, Moldovan and Oriental architecture with antique references, and who integrated a wonderful botanical garden (after years of neglect now taken care of by Sofia University); this botanical garden alone is worth a visit, and the part that is reserved for the different varieties of cacti is said to be the second biggest in Europe.

The biographical novel “The White Coast” by Marina Konstantinova (Largo City 2013, tr. Svetoslav Bogdanov) tells the story of Queen Maria and her “Quiet Nest” in Balchik, as she used to call it. Born Marie of Edinburgh as the daughter of Prince Alfred, Duke of Edinburgh (later Duke of Saxe-Coburg) and his wife, Grand Duchess Maria Alexandrovna of Russia, she got married to Crown Prince Ferdinand of Romania, the heir apparent of King Carol I. in 1892 (he became King of Romania in 1914); she had six children.

Marriages within the royal families in Europe were dynastic affairs, and love was not necessarily part of the marriage arrangement. In Maria’s (or Missy’s, as she was called by almost everyone) case, there was a mutual affection that lasted over the decades, but husband Ferdinand was a very different character than his wife, and a process of estrangement triggered by the King’s frequent affairs led to an arrangement that allowed the Queen to lead a comparatively independent life, in which she was allowed to pursue her own interests that were mainly in the field of beauty and art.

Maria was a talented painter and musician, she wrote poetry and published several books of literary value. Apart from that, she took care of her surviving children (her youngest son died at the age of three) and in the building of her “Quiet Nest” in Balchik. The novel describes this period in Balchik, which was the happiest in Maria’s life. The story is told by two narrators, one of them is the Queen herself – the author has of course made use of Missy’s own writings -, the other one is the author. This switching between perspectives is easy to follow (the book is using bold script for Missy’s chapters), and the picture of the main character in the book is gaining more depth by this little “trick” of the author.

The Queen Maria we get to know in the novel, was a romantic, someone who occupied herself with her inner life, with beauty in art and nature, and with spiritual questions. But she took also very practical part in the creation of her small paradise, and took interest in the lives of her neighbors in Balchik. The building of a small port, the incoming guests, the money earned by the construction of the Palace and the garden, it all had a positive impact on the life and economic situation of the people in Balchik, and – if we can believe Missy’s writings – therefore the Queen was genuinely liked by the local people.

The book is also – and probably this is the most important part – the story of a great love. I mentioned the marble throne at the beach in Balchik. Here, Missy would wait after her husband’s death for the arrival of a man whom she had met only once; the enigmatic Arab sailor Ali, who fell in love with the Queen at first sight in Egypt when they were once introduced to each other on one occasion. After their meeting, Ali started to write her letters, and it was the letters that raised the interest of the Queen, who had never met a man who really loved her. I will not give away more, but the love story between Missy and Ali is the true center of the book and the author of the novel has done a remarkable job to tell this story in comparatively simple words but without false clichés.

I enjoyed this small and unassuming book; for later editions a few typos and minor translation errors should be corrected, but these small issues didn’t affect my reading much. If you want to get to know the story behind this truly unique place, reading “The White Coast” is a nice way to inform yourself, especially for those who visited Balchik.

“The White Coast” can be bought at the Palace in Balchik, but you could also contact the publisher directly (Email: alfa3@abv.bg). Apart from the Bulgarian and English version, the book is also translated in Romanian and Russian. 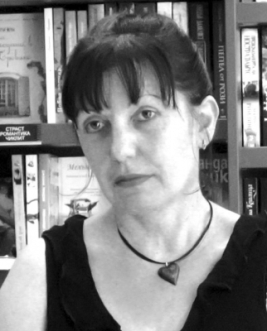 Marina Konstantinova was born in Dobrich. She studied pedagogic and psychology at Veliko Tarnovo University “St. St. Cyril and Methodius” and has worked as a pedagogue, reporter, corrector, editor and psychologist during various periods of her life. She has published twelve books with poetry, stories and novels. Her novel The White Coast was translated in English, Russian and Romanian.

Svetoslav Bogdanov is a Bulgarian translator.

4 thoughts on “Marina Konstantinova: The White Coast – A Review by Thomas Hübner”