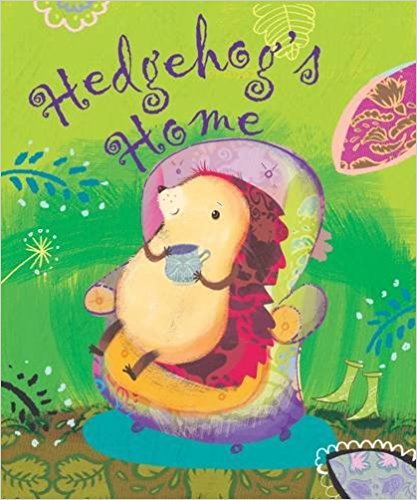 Hedgemond the Hunter is a house-proud hedgehog whose attachment to his home mystifies the other animals in this narrative poem. After Hedgemond enjoys a lovely dinner with Fox, he insists on returning home despite the late hour. Miffed, Fox follows him to discover what all the fuss is about. En route Wolf, Bear, and Wild Boar join the procession, and once there threaten Hedgemond’s home. The story concludes with Hedgemond’s spirited defense of home and hearth. Full-color mostly double-page spreads use whimsical detail and pattern to create Hedgemond’s world. The story was produced as a children’s opera in the United Kingdom in 2012.

Author, who passed away in 1986, was Bosnian and is considered one of the Balkans’ great writers. A Partisan during World War II, he worked as director of a children’s magazine, Pioniri, in Belgrade after the war. Illustrator lives in Zagreb, Croatia.