One part science lesson, two parts history, with a ton of philosophy and a splash of economics thrown in, this realistic fiction novel is sure to be a big hit with students who are curious about the world around them and their place in it. Here they meet Honda Jun’ichi, affectionately known to his family and friends as Koperu, or rather Copper in the English translation. Honda received the nickname Copper, short for Copernicus, from his uncle who hopes his nephew will emulate the great astronomer and mathematician to make great discoveries of his own one day. It seems that his wish for his nephew is coming true. Our main character has a huge sense of wonder and repeatedly questions world phenomena as he develops a true curiosity for everything.

Although this book was originally written in 1937, this Japanese classic was only translated last year into English, making it now accessible to a much wider international audience for all to love and cherish. If you do not have copies on your shelves already, get ready. Now is your time to buy. A movie with the same title as the book is set to come out soon, and lots of students will be asking! Film animator and director, Hayao Miyazaki, has always wanted to turn this book into a film. It was one of his favorite childhood books and he wants to pass his love for this story on to future generations.

While I did enjoy this book, I cannot sing its praises entirely. Although Copper is fifteen years old, he often comes across as much younger in terms of his interests and actions, or even much older based on the depth of his thinking about existence. Due to this split, he does not always strike me as completely relatable. Nevertheless, many of the book’s themes have continued to stand the test of time several generations later, and I am certain that many students will still enjoy the book. In many ways Copper actually reminds me quite a bit of Saint-Exupéry’s character The Little Prince from the same time period, who, with his sense of naiveté and innocence, asks very deep questions.

While the story left me wanting more also in terms of story arc and even an overall sense of conflict in the literary sense, there are definitely many delightful and read-worthy moments. One of the most memorable scenes, and what could perhaps be considered the biggest conflict of the book, is a snowball fight in the school courtyard that goes awry. Copper and his three friends have been dealing with school bullying and have made a pact to band together and stand up against bullies should the need arise. When the four friends have a snowball fight, one of their snowballs inadvertently hits one of the bullies. Copper is not near the bully when he gets hit, and out of fear watches from the sidelines as his friends get beat up. This scene is well written and Copper’s internal conflict and guilt are gut-wrenching. He deems himself a coward and is filled with remorse for something that is too late to take back. The scene ties into two central themes of the book: personal responsibility and loyalty as a friend.

The book looks at the topic of self-worth and that of inferiority and superiority through the lens of socio-economic status, poverty, and distribution of wealth. One memorable part of the book is when Copper pays a visit to his friend “Tofu Boy” who has been out of school because he has to spend time working in the family’s tofu shop. Copper at first feels awkward upon discovering the financial situation of his friend’s family, but comes to appreciate and admire his friend’s dedication to hard work. His situation is in deep contrast to another one of Copper’s friends who is extremely rich. All of the boys are friends, and the author encourages the reader to not let such differences get in the way of friendship.

In addition to the above themes, as well as others found in the book like arrogance, betrayal, regret, forgiveness, gratitude, and heroism, one of the most important themes that stands out is being true to your authentic self. This is something that Copper’s uncle heavily promotes. He warns that people often worry too much about their reputations, choosing to focus on imposed expectations rather than follow their own true vocation and purpose. Consequently, people often seek the path of the “great-seeming man” versus becoming one who is truly great. He notes that there is a huge difference between the two. Copper has to decide what kind of person he will be. His uncle hopes he, or rather us ultimately as readers, will make the right decision.

Much of the book is told in alternating points of view – Copper’s own voice often followed by letters penned by his uncle. I have always loved stories told through multiple perspectives, and I think this particular feature adds to the book’s desire to speak to the meaning of life. Just as when we turn to the ancients or look to the wisdom of people who have lived before us, this dual-generational approach here for the most part works nicely. In some ways, however, the uncle’s letters came across as “telling, not showing” and even lecture-esque. I had wanted Copper to deduce more of life’s rulebook through his own experiences. Much of the uncle’s knowledge that he passes down actually comes from some of the world’s great thinkers. He weaves in stories of the Ancient Greeks, Napoleon, and Newton. While I like the idea of including important historical figures and it does make for some great bursts of interesting narrative nonfiction, it falls flat here and feels a little forced. Albeit creative, these life lessons connected to electricity, supply chains, battlefields, and sculptures feel disjointed, but also either under or over-explained. However, I do admire the attempt to build connections between people, time, and place, especially as they pertain to describing human existence, and I do think it is done successfully at times.

So, you may be asking at this point…what guidance does his uncle give? What does Copper discover? How should we live our lives? While you will not find a list or a set combination of ingredients to a successful life in the book, there are many suggestions, anecdotal tidbits, and takeaways from the uncle’s stories as well as in between the lines. I went through the book and gathered over twenty messages that I think the author worked to convey about ways to live and then picked my top ten.

How do you live?

The book asks “How will you live?” at the end. What other great, sound life advice will you discover in its pages? Read and find out!

In short, this heartfelt novel is sure to please and will give everyone a chance to reflect on what’s most important as well as ways to live your best-lived life. While I was left wanting more in some places and ended up giving it three out of five stars, it still has a feel-good message that has stood the test of time for the past 85 years. This coming-of-age novel ponders some of life’s big questions and focuses on the importance of meaningful human connection, something which we can all use more of right now. Read this book that has been well-known and loved in Japan for decades, now translated and being made into a movie for all to love.

Year of Publication in English: 2021

In addition to English, the book has also been translated into Spanish ¿Cómo vives?, French Et vous, comment vivrez-vous? and Chinese 你想活出怎样的人生. Also exists as a Japanese-language manga version which came out in 2018.

Available in hardcover. It is available electronically as an ebook and/or audiobook in Audible, Follett, Kindle, Kobo, Overdrive, and Scribd among others. The Kindle version was read for this review. eISBN: 9781643751610

Genzaburō Yoshino (1899-1981). Editor of a book series for Japanese youth, he was not the book’s intended writer. He stepped in to write the book when the original author became ill. In addition to working as an editor, author, and journalist, he even worked one point as a librarian.

“How Do You Live?”: Prewar Children’s Book a 2018 Bestseller and Inspiration Behind Miyazaki’s Next Anime (author background)
SCBWI Japan Translation Group (interview with the translator, Bruno Navasky)

Bruno Navasky is a teacher and writer, whose work as a translator and editor includes Festival in My Heart: Poems by Japanese Children and Poem in Your Pocket for Young Poets. He was the founding editor of American Poet, the journal of The Academy of American Poets, where he now serves on the board of directors. He lives and works in New York City. 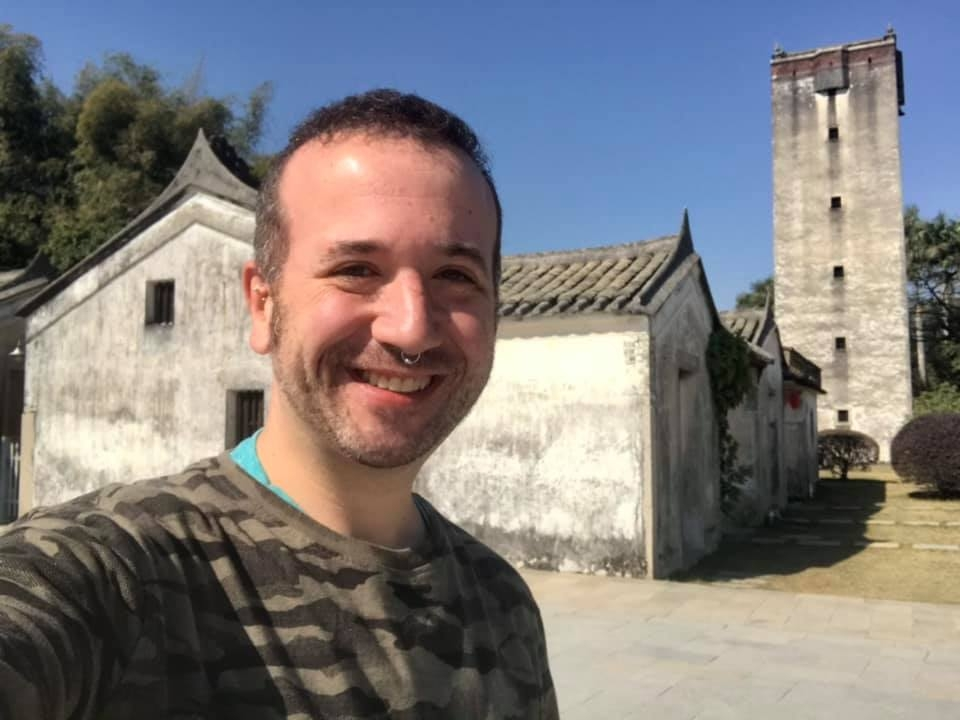 Originally from Maine in the United States, Jeremy Willette received his Master’s in Library and Information Science from Florida State University. He is a teacher librarian and has worked as an educator in the United States, Brazil, Hungary, India, and now China. Currently the Head of Libraries at Shanghai American School where he is a secondary school librarian, he has also previously worked at the elementary school level. His professional passions include student voice, language access, and the importance of diversity, equity, inclusion, and belonging. He has served on several international committees and loves contributing to, and being part of, the awesome international school library community! Twitter: @libraryjet

Linda Hoiseth is the high school librarian at the American School of Dubai and has previously worked at schools in the US, Japan, Kuwait, Malaysia, Poland, Peru, Qatar, and India. She has a B.S. in English and Secondary Education, an M.S. in Curriculum and Instruction, and a graduate certificate in School Library Media. Linda is an IB workshop leader and a member of the ECIS Libraries Special Interest Group. Her husband Robb is her travel partner, and they both miss their two adult children who live in Minnesota. She’s a fierce advocate for all students to have access to all the books. Follow her on Twitter.