Grass is a powerful oral history in graphic novel style that tells the story of 15-year-old Lee Ok-Sun, who was taken prisoner and forced to become a “comfort woman” for the invading Japanese Army during World War II. Comfort Women is the term commonly used to describe the victims of forced sexual slavery by the Japanese military. Following one woman’s life through the Japanese occupation, we learn of the hardship for ordinary Koreans through the re-telling of these historical events.

Sparse use of words and stark black and white inked images portray Lee’s story clearly – dark, emotional and devastating. While the topic is difficult and mature, the images are not overly graphic. Some pages are streaks of black, bare winter trees, smudged faces and dirty landscapes. Both the images and words declare a deep sadness and suffering.

Lee is sent away by her struggling family, with the false promise of an education, and she never returns home. At the age of 15, she is kidnapped by a group of Korean men and sent to China by train to serve as a sex slave for the Japanese military. Once the war ended, many of these young women felt such deep shame, they never returned home. Lee was declared dead in Korea and remained in China for a further 55 years.

The author inserts herself into the book, and we see her befriend Lee Ok-Sun in a nursing home for former comfort women in Gwangju, South Korea. Her interviews with Lee shape the story and their relationship allows us to understand the later lives of these mistreated women.

Graphic novel is a powerful format for the telling of this time in the history of Korea and Korean women. Keum Suk Genry-Kim’s minimal words and stark images portray a deep sadness and strong emotion. In my experience as a high school librarian in Korea, I would recommend it for students in Grades 10 and up, due to the mature subject matter. Students have shown an interest in the book based on regional significance, strong female-led story, and the fact the format allows them to visually learn about a difficult topic.

Keum Suk Gendry-Kim was born in Jeolla province, South Korea. She has written and illustrated Grass, The Waiting (2021), Jiseul, and others. Her work has been published in 14 languages.

She was the first Korean cartoonist to win the Harvey Award for best international graphic novel, her works share stories of women, outcasts and marginalized people.

Janet Hong is a writer and translator based in Vancouver, Canada. Her translation work includes Flowers of Mold by Ha Seong-nan, and The Impossible Fairy Tale by Han Yujoo. She received the TA First Translation Prize in 2018. 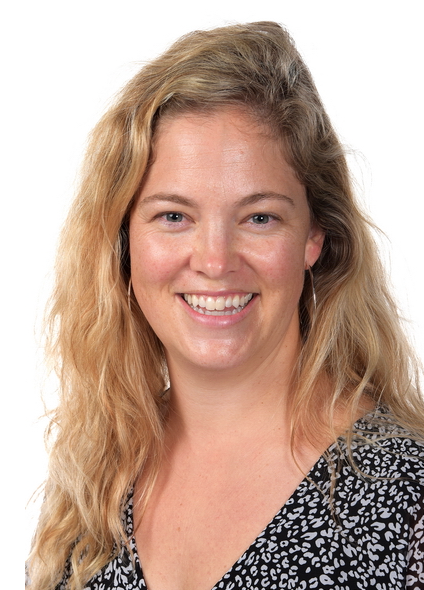 Lauren Elliott is High School Teacher Librarian and IB Extended Essay Coordinator at Seoul Foreign School. She has worked as a Librarian in Mexico, Qatar, China and Korea at the Elementary, Middle and High School levels. Lauren is a lover of family, books, podcasts and travel. Follow her on Twitter

Linda Hoiseth is the high school librarian at the American School of Dubai and has previously worked at schools in the US, Japan, Kuwait, Malaysia, Poland, Peru, Qatar (where she was lucky enough to work with Lauren Elliott), and India. She has a B.S. in English and Secondary Education, an M.S. in Curriculum and Instruction, and a graduate certificate in School Library Media. Linda is an IB workshop leader and a member of the ECIS Libraries Special Interest Group. She’s a fierce advocate for all students to have access to all the books. Follow her on Twitter.