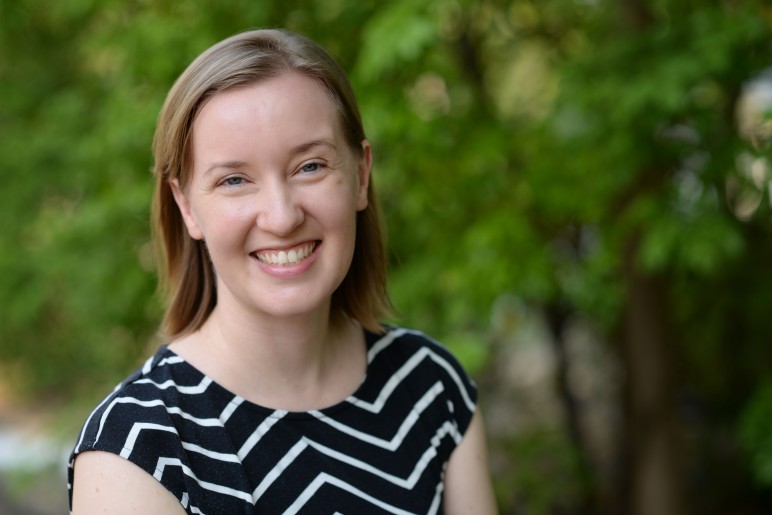 Avery Fischer Udagawa’s translations from Japanese to English include the middle grade novels Temple Alley Summer by Sachiko Kashiwaba and J-Boys: Kazuo’s World, Tokyo, 1965 by Shogo Oketani. Her short story translations have appeared in the Kyoto Journal, Words Without Borders, The Best Asian Short Stories 2018, and Tomo: Friendship Through Fiction—An Anthology of Japan Teen Stories. She is the International and Japan Translator Coordinator for SCBWI, and astute #WorldKidLit Wednesday readers might remember her reviews in 2019. Read more about Avery and author Sachiko Kashiwaba.

Nanette McGuinness: How did Temple Alley Summer find you? What was its path to publication in English like and how long did it take from start to finish?

Avery Fischer Udagawa: This book found me in a since-vanished Shinjuku (Tokyo) branch of Kinokuniya, sometime in the early 2010s. I had had the privilege of translating a story by Sachiko Kashiwaba for Tomo: Friendship Through Fiction—An Anthology of Teen Stories, and I was looking for more work by this author.

Temple Alley Summer hooked me the first time I read it. I later asked Sachiko Kashiwaba’s permission to translate it in full, initially for a contest and then for submission to English-language publishers. When the translation comes out this July, it will have been about six years since I finished my first full draft.

Meanwhile, Restless Books, the publisher, was founded in 2013 and launched its Yonder imprint for children’s books in 2017. So it was growing up right alongside my work on Temple Alley Summer.

Nanette: Did you have any contact with Sachiko Kashiwaba about the translation?

Avery: Yes! Besides green-lighting the translation and encouraging my efforts, she kindly read an annotated version of the Japanese that I prepared, to show her where I had taken some liberties  to convey the story in English. She was open to this and has also been great about promoting the translation despite COVID, for example, by recording a video with me for Translators Aloud.

Nanette: One of the many wonderful aspects of Temple Alley Summer is its “story within a story.” The outer and inner tales are both ghost stories of a kind and yet both have such different styles and voices. What was that like to translate? Did you find you needed to work to keep the two voices distinct, without blurring into each other, or was that a natural extension of translating what the author wrote?

Avery: I like your phrase “outer and inner tales!” Indeed, the stories are distinct yet connected, not only thematically but also in terms of parallel plot elements and characterization. For example, both stories feature an object that could change everything if burned. Both feature a main character who can see people others can’t. Both even have a supporting male adult character who does not swim! There are many such connections, and I found more with every pass through the book. I hope to encourage children to hunt for more when I visit schools. Kids pick up on these things!

To keep the voices of Kazu (“outer”/main tale) and Adi (“inner tale”) distinct, I did some passes through each of their stories from start to finish, not interweaving them as is done in the book. I wanted each character’s story to work on its own if read that way. Sachiko Kashiwaba made the voices so unique, though, that I actually didn’t struggle too much to distinguish them.

Nanette: You made some interesting choices along the way, for example, about which cultural words from the original story to keep, such as “yukata,” “rakugo” and “yakisoba,” and whether to italicize them or keep them in the original font. (Is this last the publisher’s house style?) There are also some deftly handled cultural explanations in the text, such as “multigrade activity time” in the first chapter. Were such explanations in the original or are they insertions? Can you talk about the thought behind all these choices?

Avery: There were many choices to make about Japan-specific concepts and objects. Explain? Remove? Transliterate and leave as-is? I tried to keep cultural elements in the English whenever feasible, to honor the original and lend specificity to the setting. I also wanted to consider readers who have some Japan savvy, who don’t want their yakisoba served up as “fried noodles” all the time.

But I removed Japan-isms where keeping them would have required long insertions that interrupted the story. For example, during an awkward conversation between Kazu and Akari, the original has a funny bit about how Kazu is reciting the a- (あ) column of vowels. This simply means he is stammering. This passage is not the place to add an introduction to Japan’s phonetic syllabary, and the way of describing the stammering is not crucial to the plot. Instead I had Kazu say, “So, umm,” etc.

There were other places, including the one about multigrade activity time, where I inserted a “stealth gloss.”

The use of italics was in accordance with the publisher’s house style.

Nanette: Are there perhaps other books by Kashiwaba that haven’t been translated yet, but that you wish would be?

Avery: Sachiko Kashiwaba has published dozens of acclaimed works that range from early readers to YA/adult literature, and from realism or magical realism to folklore and high fantasy. She is at home both writing Japanese settings and spinning European-style fairytales, because she devoured books in translation as a child. She DJ-mixes traditions in ways that are truly magical.

I would love to see more of her works translated, because they are so imaginative and enjoyable. For example, her Monster Hotel series has a cast of yokai and western-style monsters go on escapades together, playing baseball or picnicking or crashing a fake haunted house. These books are illustrated by Jun Takabatake, whom you might recall from Yours Sincerely, Giraffe, Nanette.

People interested in Sachiko Kashiwaba can also check out the animated film Spirited Away, which was influenced by one of her books, and The Wonderland, directly based on another.

Nanette: You do fabulous work as an advocate for the international kidlit translation community and are always very busy! What are you working on at the moment? And, of course, are there books in Japanese that you hope will find their way into English?

Avery: Advocacy-wise, I recently published an article about #NameTheTranslator in the SCBWI Bulletin.

Translation-wise, I just finished co-translating this year’s edition of Japanese Children’s Books, a curated list of recent Japanese children’s literature described in English, published by the Japanese Board on Books for Young People. It should be online soon; meanwhile, I urge people curious about Japan kidlit to check out the 2020 edition (PDF).

Finally, my rendering of another story by Sachiko Kashiwaba, “Mirror, Mirror,” will come out soon in a two-volume anthology from Marshall Cavendish International: An Asian Tapestry of Colors. “Mirror, Mirror,” like Temple Alley Summer, involves a boy growing up in a traditional shophouse district, but it trains the spotlight on gender roles and how they can change. It also involves knitting!

Nanette: Thank you so much for all you do and this wonderful interview, Avery!

Award-winning opera singer Nanette McGuinness is the translator of 60 books and graphic novels for children and adults from French, Italian, German, and Spanish into English, including the well-known Geronimo Stilton Graphic Novels. Two of her recent translations, Luisa: Now and Then and California Dreamin’: Cass Elliot Before the Mamas & the Papas were chosen for YALSA’s Great Graphic Novels for Teens; Luisa: Now and Then was also a 2019 Stonewall Honor Book. Her most recent translations are For Justice: The Serge and Beate Klarsfeld Story, The Sisters #7: Lucky Brat, Chloe & Cartoon, Brina the Cat #2: City Cat, LGBTQ manga, Alter Ego, and A House Without Windows, which she also assisted in editing.