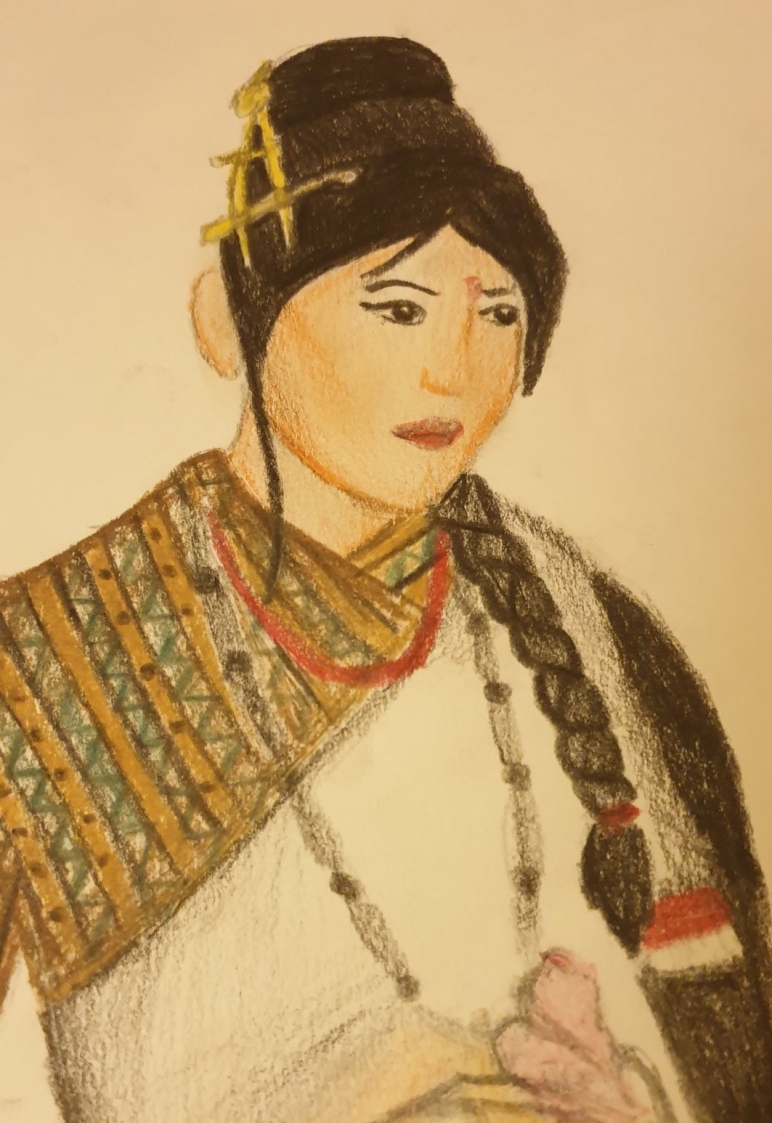 Today, I am presenting ‘Rajamati kumati jike wasa pirati’, a very popular song in ‘Nepal Bhasha’, a language spoken by Newah community (one of the ethnic communities in Nepal) mainly in Kathmandu valley. A contributor to this post is Sashi Mahaju.

Sashi Mahaju, a Newah activist writes articles on Newah issues. He also writes poems and short stories in Nepal Bhasa. He sometimes shows up on stage as a stand-up comedian. He edits Nepalese International Magazine MATINA. He is involved in different Newah organisations in different capacities.

‘Rajamati kumati jike wasa pirati’ is an old song, very popular among the Newah community. This song is in ‘Nepal Bhasa’, a language spoken by Newah community mainly in Kathmandu valley. The song was also played in London during the then Prime Minister of Nepal Junga Bahadur Rana’s state visit to the UK in 1850.

Sigfried Lienhard, an Austrian Indologist, has done research on Newah literature. Nevagitimanjari is one of his beautiful creations where he has collected a hundred old songs and poems of Nepal Bhasa. This collection was printed in Sweden by Almqvist & Wiksell International in 1974.

Here is Rajamati in its English translation by Sigfried Lienhard copied from Nevagitimanjari. No alteration has been made so far to keep his version and explanation intact.

Context of the song

A young man begs his father to request on his behalf the hand of Rajamati, with whom he has fallen in love. If his wish is not fulfilled, he threatens to go to Benaras (a city in the northern Indian state of Uttar Pradesh regarded as the spiritual capital of India) in order to renounce secular life and become a sannyasin (a Hindu religious mendicant).

Rajamati is foolish. If she comes to me1, (I shall be) affectionate2 (to her). Haya baba3, little Rajamati! if Rajamati is not given (to me)4, I shall have to go to Kasi5. Oh father, bring (me) little Rajamati.

Her hair is wavy, her eyes are half-open. Is she the daughter of a man from Sako6? her face is white7. There are two moles on her face. (Such) is little Rajamati from Tahanani8.

In the corner there are eggshells. There is the dust of pressed rice (bought in) the market9. Rajamati’s hair, clothes etc. have become disarrayed. Where is Rajamati? There is one in Itumbabahal8. Bring (me) little Rajamati!

Decorate (her) with ornaments, let Gujarati (flutes)16 play and let (me) be married to Rajamati! If Rajamati! Is given (to me), I don’t go to Kasi. Oh father, bring(me) little Rajamati!

If you want to get a feel of this song, here is a song ‘Rajamati kumati jike wasa pirati‘ on YouTube from the movie ‘Rajmati‘.

1. That is: “is given to me in marriage”. 2. The original text has only pirati (Sktt. Pirati). “Love”. 3. These words are used when a doll or a baby foundled. Here they either hint at happy family – life with Rajamati visualise by the boy or serve as an expression for his warm attachment to Rajamati. 4. That is: “is not given (to me) in marriage”. 5. Benaros 6. Sako or Samko, in Nepali Sankhu, is situated in the east of Kathmandu valley. Girls from Sankhu are considerate especially beautiful. 7. Lit. “as to her face – white face. 8. A certain district in the western part of Kathmandu. 9. When girls and young men meet secretly, they usually eat eggs and pressed rice. The mention of egg-shells and trace of rice – powder, besides the disorder of Rajamati’s hair, suggest that a secret meeting has taken place. The dust originated when, in order to clean the rice, the rice – corns were rubbed between the pal,s of the hands. 10. A girl’s name. 11. The longest ornament appended to a necklace; ef. MNII, p.794 12. A special kind of ear-ornament; ef. MNII, p.1080,( illustration). 13. The northern part of Kathmandu. 14. The southern part of Kathmandu. 15. A locality in the very centre of Kathmandu; ef. MNII, p. 542. 16. Used for wedding music. 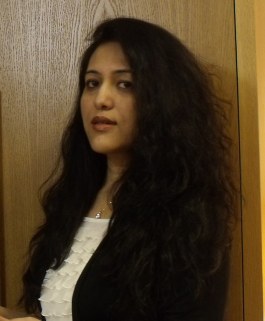 Dr Sangita Swechcha is a Communications Professional, Researcher, and a Fiction writer. She has over 15 years of experience in international communications and media relations. She is a Guest Editor for Global Literature in Libraries Initiative (GLLI) and coordinating ‘Nepali Literature month’ – November 2019. She is a novelist and a writer who has written a novel ‘Pakhalieko Siundo’, a joint collection of stories ‘Asahamatika Pailaharu’ and a collection of short stories ‘Gulafsangako Prem’ in Nepali.

Forthcoming in English translations in 2020 in e-book formats first: A novel ‘Pakhalieko Siundo’ and a collection of short stories ‘Gulafsangako Prem’, titled in English as ‘The Rose: An Unusual Love Story’ (looking for international publisher/s for publishing print versions of these books). Her twitter handle: SangyShrestha. Email: sangyshrestha@hotmail.com Connect on Facebook.