There are not many books in English that are covering the recent political events and developments in Bulgaria. Bulgaria: Politics and Protests in the 21st Century by Clive Leviev-Sawyer (Riva Publishers 2015) is one of the few exceptions and I read it therefore with great interest.

The author, an experienced journalist who moved 2001 from South Africa to Bulgaria, and who is the owner and editor-in-chief of The Sofia Globe, an English-language news and features website with a focus on Bulgaria, Central and Eastern Europe and the European Union, covers in this book the turbulent political events of the period between 2010 and 2015.

In fifteen chapters, he is following the events roughly in a chronological form, but frequent asides and explanations give the narrative more substance than a feature in a newspaper would usually have. The reader gets to know the main political players in Bulgaria, the rise and fall of some political movements is explained, he learns about the enigmatic role of the MRF (a political party which represents mainly the Turkish minority in Bulgaria, although “ethnic” political parties are not allowed, according to the law), and its founder Ahmet Dogan. The years that are covered by the book also saw the emergence of new forms of organized and spontaneous protests, and the author explains the background of these developments. The period 2010-2015 has also seen the re-emergence of GERB and its political leader Boyko Borissov as Prime Minister; proxy wars in Bulgaria’s media; attempts by foreign powers to increase their political influence in Bulgaria; and attempts of the organized crime/intelligence services to get an even stronger hold on the economy and political power in the country. Bulgaria saw also for the first time right-wing extremist political parties as coalition partners in the government, a fact that has gone almost unnoticed in the Western media.

The book is written by a journalist of the old school, always very close to the events, and frequently with very “catchy” conclusions, that are usually “spot on”. The author had in his professional capacity the opportunity to meet and interview many of the leading politicians in Bulgaria during the last years and this adds to the background information he makes available to the reader. If you want to be informed about the political developments up to 2015 in Bulgaria, this book is an excellent source. I tend to disagree with some of the author’s political analysis – for example regarding the role of GERB, or the person of the present Prime Minister, whom the author sees in my opinion much too uncritical -, but that doesn’t affect the journalistic value of the book as an excellent source of information regarding the recent developments in Bulgaria.

While the previous work is mainly a piece of well-researched journalism, the book Rival Power: Russia in Southeast Europe (Yale University Press, 3rd edition 2017) by Dimitar Bechev is a scholarly work by a political analyst.

Bechev is a senior policy fellow and head of the European Policy Institute, a foreign policy think-tank in Sofia. His book explores in detail the Russian influence in South-Eastern Europe. Here is not the place for a thorough review that this book deserves, but it is without doubt a well-written analysis of Russian influence policy in this region; I found my own impression confirmed that the Western media tends to overestimate the actual Russian influence in South-Eastern Europe, as well as the abilities and necessary capacities of today’s Russia to follow a strategic approach that would make it possible to pull former satellites again into its orbit.

Politicians follow also in this part of the world usually an un-ideological approach that is governed almost exclusively by their own interests and short-term goals. This can in some cases lead to a temporary, but completely opportunistic alignment with Russian interests in the region, but this foreign policy orientation can change again tomorrow easily. What we see now in the region is that some political leaders are allowing Russia to reinsert itself to serve their own goals. The book is an urgently needed guide to analyze the responses of regional NATO members, such as Romania and Bulgaria, but also Greece, Cyprus and Turkey, particularly regarding the annexation of Crimea and the Putin-Erdogan rift over Syria. A very well-written analysis, and a must-read for anyone with a serious interest in this important topic.

Clive Leviev-Sawyer was a senior political journalist in South Africa before moving to Bulgaria at the end of 2001 and becoming editor-in-chief of an English-language newspaper. In 2012, he became the publisher and editor-in-chief of The Sofia Globe, an English-language news and features website about Bulgaria, Central and Eastern Europe and the European Union as a whole. He has written on a freelance basis for numerous publications around the world. He is also the author of Power – a South-African political novel and co-author of the book Bulgarian Jews: Living History. 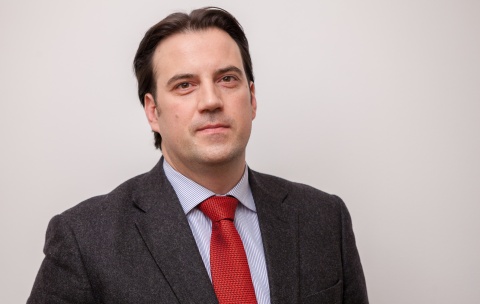 Dimitar Bechev is the director of the European Policy Institute, a think-tank based in Sofia, Bulgaria. Previously, he held research fellowships at Harvard University, University of Oxford and the London School of Economics, and headed the Sofia office of the European Council on Foreign Relations (ECFR). Dr. Bechev has written extensively on EU’s external relations, the politics and modern history of Turkey and the Balkans, and Russia’s foreign policy. His book Rival Power, Yale University Press 2017, explores Russia’s role in Southeast Europe (Balkans, Greece, Cyprus, and Turkey). He is a regular contributor to Al Jazeera, the American Interest, Politico, Foreign Policy, and openDemocracy. He holds a D.Phil. (PhD) from the University of Oxford.