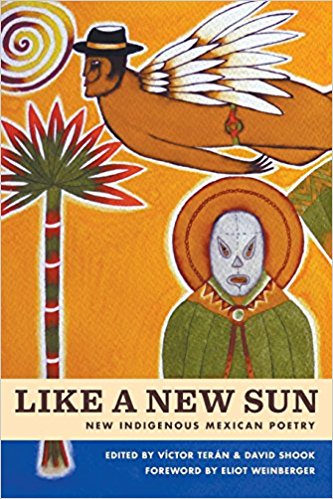 Víctor Terán is the preeminent poet of the Isthmus Zapotec language. His trilingual selected poems, The Spines of Love, is available from Restless Books. His work has been nominated for a Pushcart Prize and appeared in Poetry. In 2010 he toured the UK. He lives in Juchitán, Mexico.

Eliot Weinberger was born and still lives in New York City. He is Octavio Paz’ translator, and has also translated a wide range of international poets including Bei Dao and the Mazatec-language poet Juan Gregorio. He has won the NBCC Award for his anthology of Borges’ nonfiction, and is the only writer to have been bestowed with the Mexican Government’s Order of the Aztec Eagle.

David Shook is a poet and writer in Los Angeles, where he edits Phoneme Media. His debut collection Our Obsidian Tongues is available from Eyewear Publishing.