Mountain Language by Harold Pinter was first performed at the Royal National Theatre in London in 1988. It was a play written three years after Pinter’s visit to Turkey for observing the consequences of a military coup in the country. When he, with Arthur Miller, on behalf of PEN International, visited Turkey they had chance to listen to people who suffered the oppression.

It was a popular, and state-promoted, idea that there didn’t exist a nation or language of Kurdish. They were said to be Turks who moved to and lived on top of mountains for centuries and their dialect evolved in a different way; Kurds are in fact mountain Turks. Having applied this theory the Turkish authority banned Kurdish language. For example, if you visit your son in a prison and want to speak to him in Kurdish, the only language you know, you will be stopped by the guards. You can hear so many stories like this in Turkey. I have my own stories remaining from my childhood.

Pinter doesn’t give any geographical or national name in his play. One can apply this “mountain language” concept in any country. “Mountain Language remains brutal, short and ugly,” says Pinter in his Nobel Prize Lecture. “But the soldiers in the play do get some fun out of it. One sometimes forgets that torturers become easily bored. They need a bit of a laugh to keep their spirits up.”

The characters sound absurd and meaningless when they speak.

Many years have passed on and the same meaninglessness still is haunting Kurds. 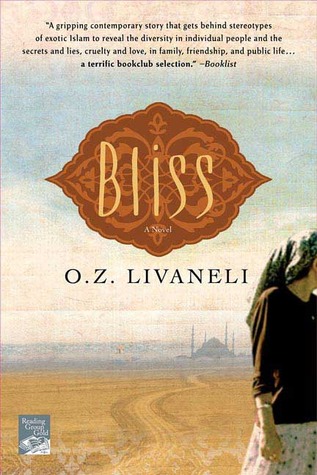 Bliss is one of the most celebrated novels written by Turkish author, and composer, Zülfü Livaneli. It is a story about “honour killing” of a teenage girl who got raped by an unknown person and destined to be killed by her cousin in order to save the family’s honour. Honour killing is a painful problem of women in Turkey. Turkish nationalists claim that it belongs to Kurds who are backward people and this practice is part of their character. This claim, like saying all crimes in Western countries are being committed by refugees, is not only superficial but also a deliberate distortion of the truth. Bliss, while dealing with this social issue artfully, draws a wonderful map of Turkey by covering everyone in it, Turks, Kurds, neglected women, soldiers who mentally suffer the effect of civil war, villagers in the traditional way of life and urban people of modernized life style in big cities.

Meryem, a teenage village girl, gets raped, and her relatives lock her in and give her a rope to hang herself. She is shocked and can’t remember any thing. She doesn’t kill herself. Her cousin Cemal returns from military service, suffering from post-traumatic stress disorder of Kurdish civil war. Cemal is told to take Meryem to Istanbul and kill her there. They both are wounded people inside. They will need to find cure for their pains together. Orhan Pamuk describes Livaneli “an essential force in Turkey’s musical, cultural, and political scene.” This novel is one his best achievements. 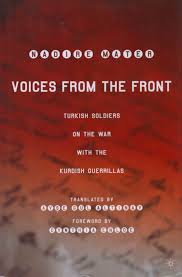 When Nadire Mater, a prominent journalist and advocate of peace, published Voices from the Front in Turkey, the book was banned and she was prosecuted. Though later on she was acquitted she has always been subject to abuses. Voices from the Front is about ex-soldiers who carried out their compulsory military service in Kurdish region fighting Kurdish guerrillas.

The Kurdish civil war started in 1984, four years after the military coup, and has so far claimed some fifty thousand lives. It is still a bleeding wound and the most important problem in Turkey. Mater speaks with former soldiers about their lives in military. They give detailed accounts of  a social and humanitarian reality in the war. One can find it disputable that the Kurdish war of Turks is like the Vietnam war of Americans, but no one will deny that there is a common base between the war stories and post-war traumas of Turkish soldiers and American soldiers. 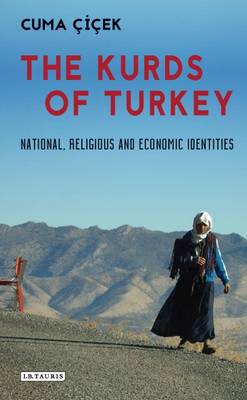 Who are Kurds? What kind of a life do they have? And what do they need? Cuma Çiçek, an academic who got dismissed by the government’s decree in 2017, investigates and analyzes the Kurds’ national, religious and economic life in his book The Kurds of Turkey. It is not possible to generalize Kurdish society as a whole and describe Kurdishness only as an oppressed identity. Kurds, like every nation, have their own diverseness of different ethnicities, dialects, social groups, and classes. Their political field consists of anyone from radical Islamists to socialists. Cuma Çiçek takes Kurds as a dynamic and evolving society that is being influenced by local and global developments constantly.

“The Kurdish question in Turkey has mainly been analysed in terms of either the Turkish state’s oppression or PKK’s resistance. This book, however, examines the Kurdish question in Turkey with a particular emphasis on the national, religious and class dynamics of Kurdish society in Turkey. Relying on field research and extensive analysis of election results, Cuma Cicek’s work shows how a Kurdish political region is constituted in the midst of economic and cultural as well as local and regional dynamics. The Kurds of Turkey will enrich our understanding of the Kurdish question not only in Turkey, but in the Middle East” says Mesut Yegen, a Turkish academic. 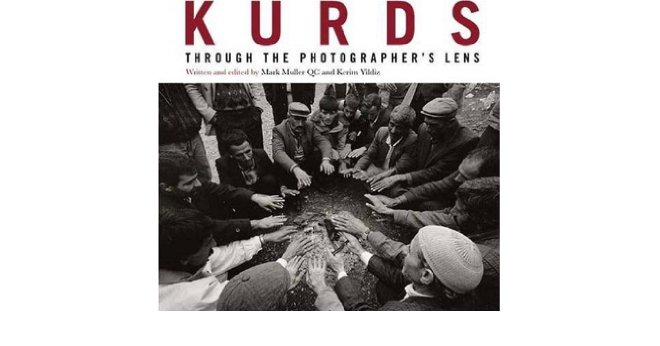 Seeing is another way of understanding a reality. In the Kurds (Through the Photographer’s Lens) one can capture the face of Kurdish people and Kurdish land. Children and the elderly, girls and boys, all create a map of pain and hope in the age of desperation. Harold Pinter wrote a foreword to this monumental book prepared by Mark Muller and Kerim Yildiz who are human rights activists and work for Kurdish Human Rights Project in London. The Kurdish population is some thirty million people who live in Turkey, Iran, Iraq, Syria and Armenia. They have been in the Middle East over five thousand years and now they are the only nation in the region without their own country. Being homeless in your own homeland has been a long lasting destiny and can be read in the face of any Kurdish person. They don’t need to speak. You don’t need to hear them. Seeing their face and their wild land will tell much more than their words.

If one wants to know about the history of Kurds and latest developments in the Middle East together, The Kurdish Spring (A New Map of the Middle East) is a good source. Kurds have been victimized all around the region for long centuries but they have also been very active with every new development as they now are trying to be part of a new future in Iraq, Syria and Turkey. In order to understand the region, one needs to know what happened to Kurds in the last century and what Kurds are facing now. David Phillips, an expert on this topic, gives detailed facts of the Kurdish question and opens new windows for readers to see what shall be done for a better future. He doesn’t speak like an academic sitting behind the desk but rather talks from the field with the sound and dust of real life. If one wants to know what await for the Middle East in the future, he/she should follow and examine the long journey of Kurds from oppression to freedom.

‘Voices From the Front: Turkish Soldiers on the War With Kurdish Guerillas’

‘The Kurds of Turkey: National, Religious and Economic Identities’

‘Kurds: Through The Photographer’s Lens’

‘The Kurdish Spring: A New Map of the Middle East’

Sins and Innocents has received the Sedat Simavi Literature Prize, a prestigious literature award in Turkey. His novels are being published in more than thirty languages among them are French (Gallimard) and German (btb-Random House).

He was born in Turkey and grew up speaking Turkish and Kurdish. He worked as a lawyer in Istanbul. He went to Britain due to political problems and lived there in exile some ten years. He now lives in Istanbul and Cambridge.

He has written for various newspapers like The Guardian, Der Spiegel, Die Zeit, La Repubblica.

He lectures in Literature and Novel at Middle East Technical University.

He is board member of PEN International.

3 thoughts on “Six Titles on the Kurdish Experience in Turkey”