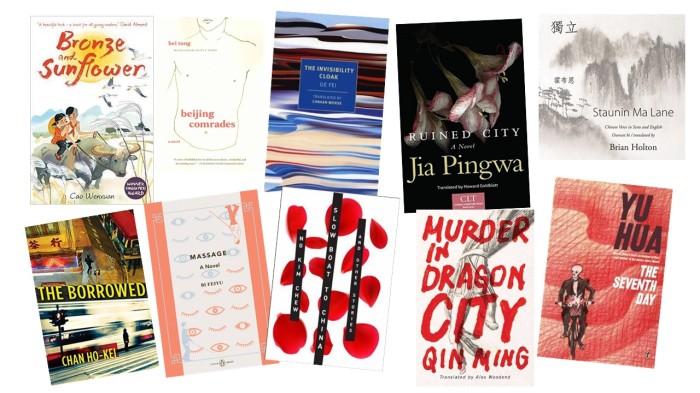 What is this thing you call “Chinese Literature”?

“Chinese literature” is often a conveniently nebulous term that means different things to different people. It can refer to China as a geographical or political entity – except not everyone agrees on what that is. Or it can be a linguistic description, referring to what is sometimes called the “Sinosphere” – except there’s no undisputed definition of what exactly constitutes a language. Depending on where you draw your line, “Chinese literature” may or may not encompass: mainland China, Taiwan, Hong Kong, Macau, Singapore, Malaysia, diaspora authors writing in Chinese, diaspora authors writing in English, and ethnic minority authors writing in completely different languages (such as Tibetan, Mongolian, or Manchu). Many of them would reject the label of “Chinese literature”, and its capacity to cause offence (and incite semantic spats) is far greater than its descriptive utility. And yet, for the sake of convenience, we do need to have some kind of term to refer to this thing we are all interested in, and “Chinese literature” is the best we currently have.

So how much fragmentation is there within the literary translation community?

Not as much as you might expect, because Chinese as a written script is more unitary than the spoken language. You won’t see anyone calling themselves a “Mandarin-to-English translator”, because Mandarin (literally a translation – via Portuguese – of 官话 guanhua: “the speech of officials”) refers to the language in its spoken form. So yes, you have simplified characters (on the mainland, since 1956) versus traditional characters (in Hong Kong and Taiwan) – but the difference isn’t as significant as you might think. And yes, you have different slang and regional terminology – but there are reference books (and local people) you can go to for illumination if the context isn’t enough in itself. So while we might have different specialisations (across genres and literary forms as well as across locales), we all tend to put roughly the same job title on our business cards.

How might I go about learning Chinese, if I were so inclined? And how much would I have to learn in order to read literature in the original language?

There are so many resources available, it can be hard to know where to start – have a browse through some of the guides on Hacking Chinese and you can get an idea of what’s out there. For writing, try Skritter; listening comprehension, ChinesePod; and to understand more about how characters work, try a book like Caracteres Chinos by Pedro Ceinos (currently only available in Spanish, but with an English version in the works). How many characters will you need to learn? People sometimes suggest 1,500 is the magic number to unlock your reading capability, but even a novel like 《许三观卖血记》 by 余华 Yu Hua (translated as Chronicle of a Blood Merchant by Andrew Jones) – cited as a book that employs an unusually restricted vocabulary – uses upwards of a thousand distinct characters. And (unless you’ve been working from a uniquely grisy textbook) your first 1,500 characters is unlikely to enable the 95+% comprehension level you’d realistically need to get through the book unaided (John Pasden has examples at Sinoplice from Marco Benevides to illustrate what comprehension feels like at 98%, 95%, and 80%). However, you can still plug any text into a reading app like Pleco, MDBG or Wenlin that will allow you to check the definitions of words as you go. And there are bilingual texts like those featured at the Writing Chinese book club, which posts a new piece of contemporary Chinese literature every month, with the original Chinese alongside the English translation.

What are some of the biggest challenges facing translators of Chinese literature?

The greatest challenge is the same for all translators, regardless of language: finding the right voice to suit the author. But some of the issues specific to Chinese include the perennial problem of 成语 chengyu (traditional proverbs that either sound bizarrely arcane when translated literally, or like trite clichés when translated figuratively) and how to coherently render the names of characters (as Brendan O’Kane has explained in depth).

What literary forms does China have?

Chinese has novels (长篇小说 changpian xiaoshuo), novellas (中篇小说 zhongpian xiaoshuo), and short stories (短篇小说 duanpian xiaoshuo) (though on average they tend to exceed their English equivalents in length), plus the likes of flash fiction. There are a variety of related forms (散文 sanwen, 杂文 zawen, 随笔 suibi) that we would generally categorise as essays. And while Chinese poetry has an array of traditional forms and structures (though the way rhyme and rhythm function is not exactly equivalent to English), most contemporary poets work in free verse.

Who are the most influential Chinese authors?

From the early twentieth century there’s 鲁讯 Lu Xun, who is frequently lauded as the father of modern Chinese literature. Going further back, you have 曹雪芹 Cao Xueqin, whose Dream of the Red Chamber (AKA The Story of the Stone) is the archetypal Chinese novel – but in pre-modern times it was poets like 李白 Li Bai and 杜甫 Du Fu who commanded the most respect. Today, it’s hard to overlook 莫言 Mo Yan, winner of the 2012 Nobel Prize in Literature – but the writers who reach the biggest audience are the producers of online genre fiction like 张威 Zhang Wei (AKA 唐家三少 Tang Jia San Shao). For an alternative candidate, you might also want to consider throwing Chairman Mao’s name into the ring: as Perry Link has frequently argued, few have done more to shape the actual language that is spoken in China today.

I have heard tell of Chinese literature “going out” – what does it mean and whence is it going?

The term “Going Out” (走出去 zouchuqu – also translated as “going global”) originates in the 1999 government initiative to encourage Chinese investments in foreign companies, but once an official buzzword starts floating around it tends to get slapped onto other projects. So it was with “Going Out”: in literary terms, it refers to an analogous effort to promote Chinese writing abroad. A significant amount of money has directed towards this bid to flex greater soft power muscle, but it hasn’t always necessarily been spent wisely: funding books that Chinese bureaucrats think Western readers ought to be interested in reading, for example, rather than trying to find out what they might actually *want* to read. This can result in outcomes such as Xi Jinping’s collected speeches becoming the focal point of China’s guest of honour appearance at the 2015 Book Expo of America.

Is censorship an issue?

Censorship does, without a doubt, have a malign influence on Chinese literature, although it doesn’t function in exactly the way you might expect – for a more in-depth explanation of how it works (and the effect it has on writers), have a look at this editorial by Paper Republic’s Eric Abrahamsen. But there are plenty of excellent books out there.

Okay, so what should I read first?

Paper Republic is a pretty good place to start! Read Paper Republic is our online project to provide short stories, essays and poems for free, and we now have almost sixty individual works available to browse. You can also check out Pathlight, a quarterly literary journal that we produce in conjunction with China’s People’s Literature magazine (and which is also available in a variety of other different languages besides English). Asymptote and Words Without Borders have a great selection of content by Chinese writers, and there are some excellent anthologies out there: for fiction, you could have a look at Shi Cheng: Short Stories from Urban China, Chairman Mao Would Not Be Amused, the more recent novella collection By the River, or Ken Liu’s sci-fi collection Invisible Planets; for poetry, try Jade Ladder. Once you’ve had a chance to dabble, go to the China Fiction Book Club annual round-up of new publications to find something more substantial to get stuck into!

One thought on “Chinese Literature FAQ – by Dave Haysom”