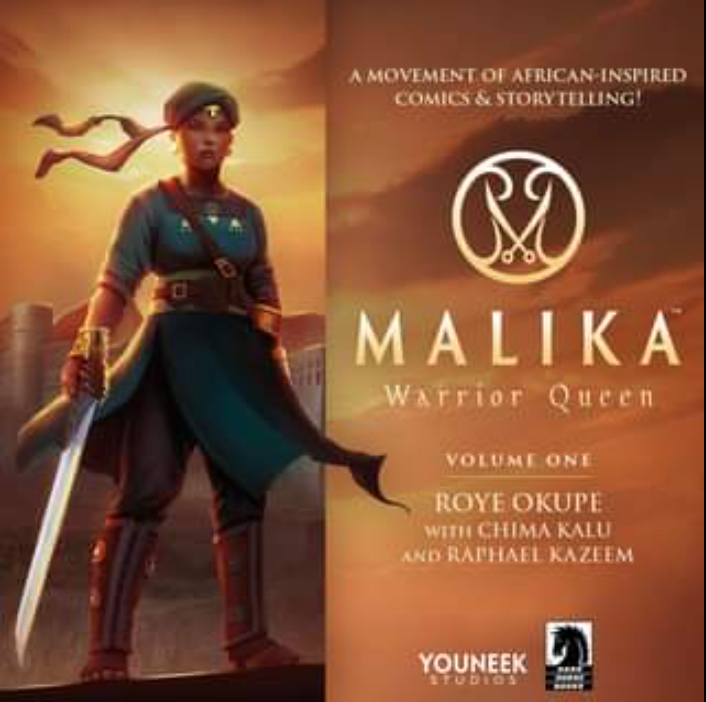 Malika: Warrior Queen Volume 1 sets up an interesting story. At first, it seemed like the typical story about monarchies: fights over the throne, betrayal, birthrights, etc. but by the end, I think it did enough to stand out amongst other stories in this subgenre. It blends historical fiction and elements of fantasy, and sets up an adventure for readers to enjoy if they continue reading the series.

Roye Okupe did a great job bringing the character Malika to life. She is strong-willed, well-trained, respectful, clever, and a devoted queen. Overall, she is a very likable character, and this first volume gives us enough time with her to understand the complexities of being a queen. She is complex and believable, which I enjoy in a story. Just because there is a little fantasy doesn’t mean the entire story needs to be fanciful.

The setting is the empire of Azzaz in 15th century western Africa, which encompasses many present-day African nations such as Nigeria. In fact, many of the locations, empires, and characters are based on real-life locations, rulers, and empires of days past across western Africa. I think that is the biggest takeaway from reading this graphic novel; it makes the reader want to do research to find out about some of the real-life people and places the story is based on. Mr. Okupe starts each chapter with an explanation of the historical sources connected to his tale.

The illustrations by Chima Kalu are clearly inspired by western comics such as Marvel and DC. Each panel is highly detailed and expressive. It is an art style that will be easily recognizable to western comic book fans. I really appreciated the expressive Black faces; they seemed more realistic than other comics I have read in the past; usually, we are portrayed as over-emotional. These illustrations remind me more of how my Ghanian relatives would express themselves.

While I enjoyed the fantasy elements, the inclusion of warriors with a connection to dragons seemed a little odd. Most connections that confused me were explained in the chapter openings that I mentioned, but I would have liked to see a connection to some of the rich African diaspora when it came to how the characters attained their powers. It could have been a great entry point for those unfamiliar with African mythology/lore and might inspire the reader to explore further. I find that during our mythological studies in class, students are fixated with the mythology they are inundated with – Greek, Roman, and occasionally Norse. Hopefully, African mythology and fantasy is tapped into more as the volumes continue.

A graphic novel full of action, twists, turns, consequences, believable and engaging portrayals of strong Black female leadership – this story has a lot to offer. It might not be doing anything transformative, but it is well-written and well-illustrated. I also love to support efforts of expression from members of a culture representing themselves vs. having someone else tell their tales. The YouNeek Youniverse has my attention, and I think it should have yours as well.

“Our mission is and always has been about empowering African creatives and storytelling while bringing both to a global audience.” — Roye Okupe, Founder/Creative Director at YouNeek Studios

“Born in Lagos, Nigeria, Roye Okupe is an award-winning filmmaker, author, speaker and entrepreneur whose passion for comics and animation led him to found YouNeek Studios in 2015, an avenue that would allow him to pursue his dream of creating a diverse library of superheroes. Under that umbrella, Roye wrote, produced and directed several animated productions, including, but not limited to, the award-winning and critically acclaimed Malika – Warrior Queen Animated Short.” 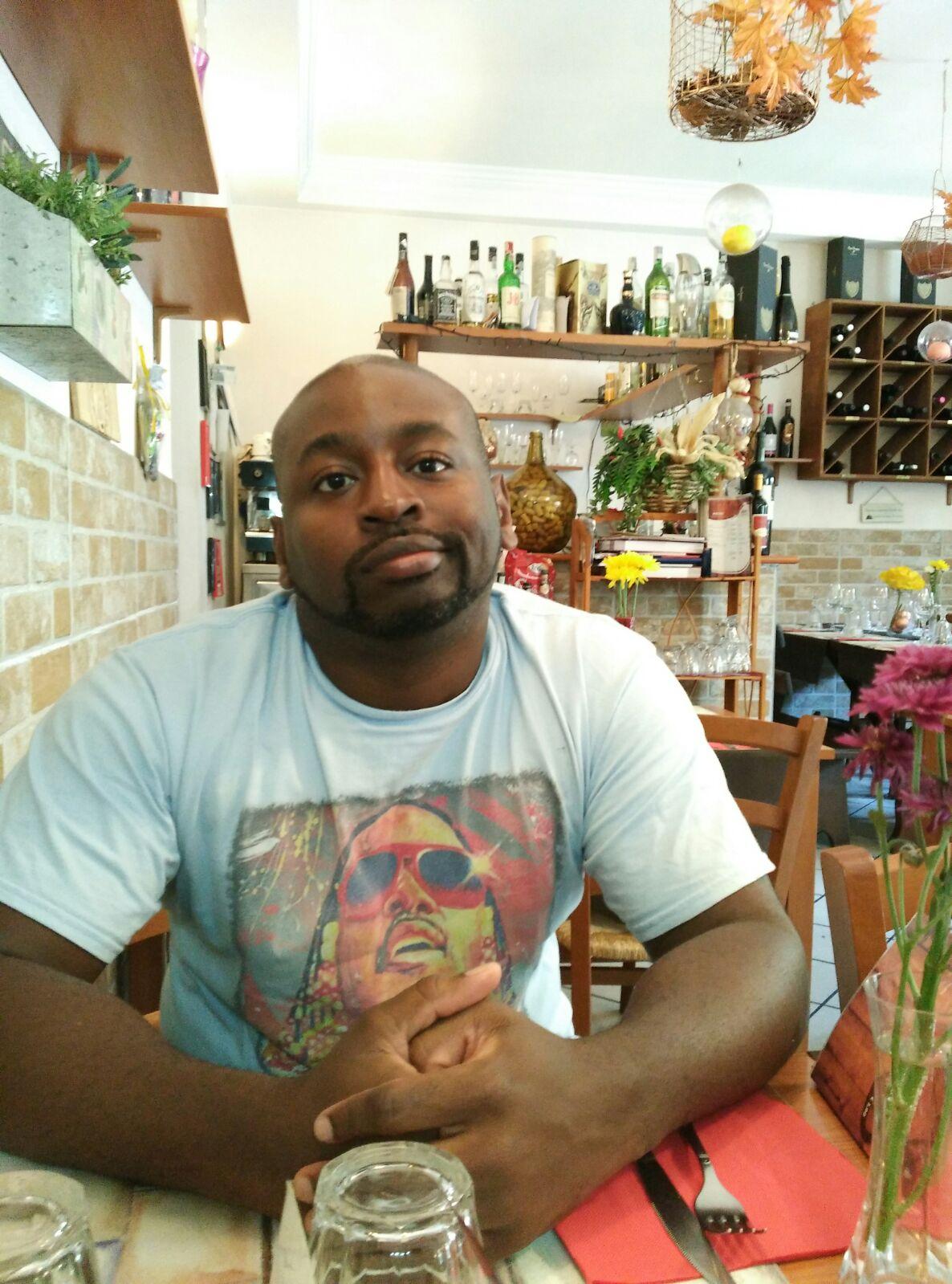 Half-Ghanaian, half African-American, lover of graphic novels from all over the world, sword enthusiast, lifetime educator, currently Language Arts Middle School Department Chair at Singapore American School. He doesn’t use Twitter much, but you can send him messages at @shinjetone.

He is the author of the powerful post We Don’t Want to Talk About It.

Linda Hoiseth is the high school librarian at the American School of Dubai and has previously worked at schools in the US, Japan, Kuwait, Malaysia, Poland, Peru, Qatar (where she worked with James Toney), and India. She has a B.S. in English and Secondary Education, an M.S. in Curriculum and Instruction, and a graduate certificate in School Library Media. She’s currently a member of the ECIS Libraries Special Interest Group committee. She’s a fierce advocate for all students to have access to all the books. Follow her on Twitter.