Across the first month of 2020, Sophie Baggott is sharing her thirty favourite books by women from across the world. Find out more about her project to read women writers from every country worldwide here.

Written by Dunya Mikhail and translated by Mikhail along with Max Weiss, this book had me completely spellbound for an entire trip. An award-winning poet and Iraqi Christian, Mikhail has lived in the United States since the 1990s when her writings in the Baghdad Observer landed her on the wrong side of Saddam Hussein. This book is a powerful read. 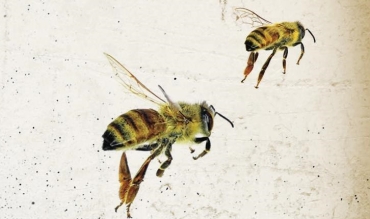 a nutshell: this devastatingly vital book records the experiences of Yazidi women who managed to flee abduction and enslavement as sabaya (sex slaves) by Daesh across Iraq and beyond, many of whom escaped with the help of beekeeper Abdullah Sharem & his network

a line: “Friendship was our only hope … ‘Like we promised,’ I reminded her, ‘either we die or we get out of here together.'” – Nadia, a young Yazidi woman whom Daesh stole, auctioned, and repeatedly raped in front of her children, grew close to another female captive and held off the rescue until they could both flee along with their children

an image: for the first time in this project I’ve found it impossible to isolate just one image – there are too many examples of individuals quietly risking everything to save loved ones or strangers alike, casting a glimmer of light against Daesh’s abject cruelty

a thought: Mikhail also documents the broader picture of Daesh’s genocidal persecution of the Yazidi people – the expulsion from their ancestral lands in Northern Iraq, the systematic mass shootings of men, the live burial of elderly, the exploitation of children to build weapons, the brainwashing of boys to make them “martyrs”, the horrifying list goes on…

a fact: an award-winning poet & journalist, Mikhail was born in Baghdad in 1965 and relocated to the US thirty years later after facing censorship & interrogation; in the course of writing this book, she returned to Iraq for a visit to meet Abdullah

want to read The Beekeeper of Sinjar? visit here