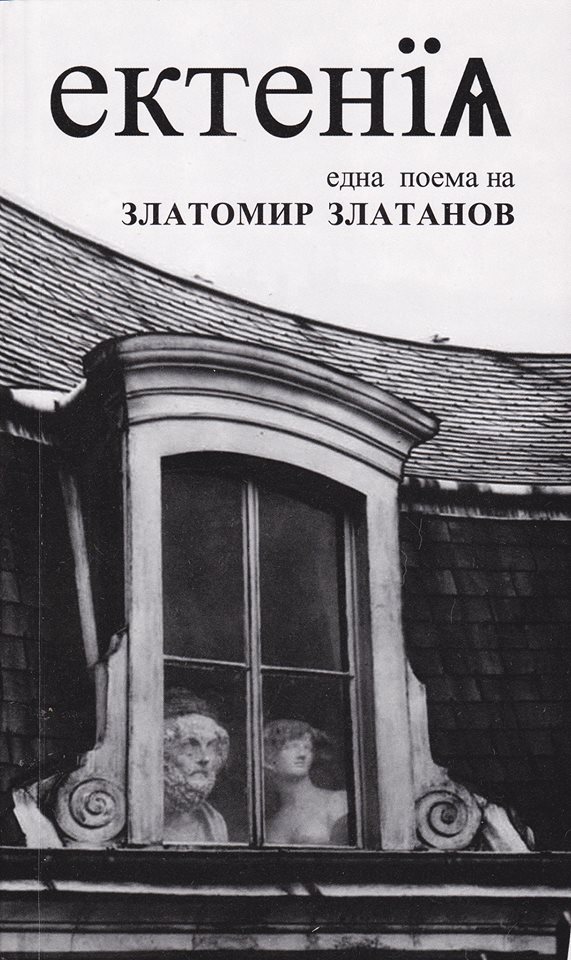 At the grave of Penyo Penev*

I stood in front of the unfinished block,
which marks the end of the town.
From the one time hill under my feet
I just remember the strong wind of dusk –
unused to the new echo,
it attempts it over again
in a cave of concrete,
where the sounds snap
like the spikes of ghostly dinosaurs.
I’d overtaken the inhabitants, their future,
that’s why I looked a little lonely.
But to become a builder
and to take the fight like the heart of your body,
to vitally defend tomorrow’s life in you,
like the clueless tree guards the falcon –
isn’t this what the old masters study
who die young.
The doors are missing, so as to distinguish
our exhausted steps in the night,
and on the balcony the girl isn’t holding
the heavy basket of laundered skirts,
nor does the old girl water the flowers,
which will freeze in the winter.
You stand in front of life’s clean vessel
with one look into the faceless rooms,
into the urns of sterile lifts,
in the greatest loneliness between concrete and imagination,
where a thin ray is your shadow.
Tomorrow the building will swallow a lot of furnishing,
the echo of whistling wind will melt as if in olive oil
and we’ll move on to a building further on
in the clear moment when they pour the foundations.
But to seek shelter in the fight
and enclose the universe in scaffolding,
and to have as your property
only the conscience of the epoch –
isn’t that what it was trying to shout out,
the grating wind of your voice,
which now breaks the glass
of tomorrow’s smeared windows
and smashes the doors, bearing padlocks like snot?

*Penyo Penev (1930-1959, suicide) was a Bulgarian poet; he worked in construction and later as a journalist.

Zlatomir Zlatanov was born 1953 in the village of Slatina, Lovech. He graduated from the German language school in Lovech in 1972; in 1979, he graduated at the Sofia State University in journalism. He was editor of the magazine “Rodna Rech” (1983-1992). After 1992 he worked mostly as freelance writer. From 2002-2009 he was editor-in-chief of the newspaper of the Ministry of Education “AzBuki“. He also worked as a builder and seller of newspapers (in the 1990s). Zlatanov has published sixteen books with stories, novels, essays, poetry, plays. The so far newest book with poetry of Zlatanov is the poem Ektenia (2012). He is considered as one of the most important protagonists of experimental and postmodernist literature in Bulgaria. He is the winner of several important literary awards. Zlatanov’s works have been translated into German, Czech, Russian and Macedonian.

One thought on “Zlatomir Zlatanov: At the grave of Penyo Penev”