European men and women fantasized about, wrote about and painted Middle Eastern, especially Ottoman/Turkish, women for decades. Ottoman and Turkish women were not silent passive participants in this conversation. They wrote back. Some participated in the stereotypes abounding about them and others fought them, but all of those who participated in the dialogue revealed keen insights about themselves and those observing them. Furthermore, some traveled to Europe and America, pursuing their own illusion of the West and life in the West and wrote about what they found.

Melek hanoum’s Thirty Years in a Turkish Harem (1872) and its sequel Six Years in Europe (1866-1872), Demetra Vaka Brown’s Haremlik (1909), Child of Orient (1914),  The Unveiled Ladies of Stamboul (1923) Zeynep hanoum’s, A Turkish Woman’s European Impressions (1913), Halide Edib Adıvar’s The Memoirs of Halide Edib (1926), The Turkish Ordeal (1928) and Inside India (1937) provide a fascinating corpus of works that reveal what Ottoman/Turkish women had to say about their lives and the world they lived in, as well as the lands to which they traveled. All of the above books were written for a Western audience as they were written in English first. Many of the authors were engaging the West and its stereotypes about them in a dialogue through their writings, establishing themselves as the authority to consult on the topic of women of the Ottoman Empire, even while trying to earn some money. 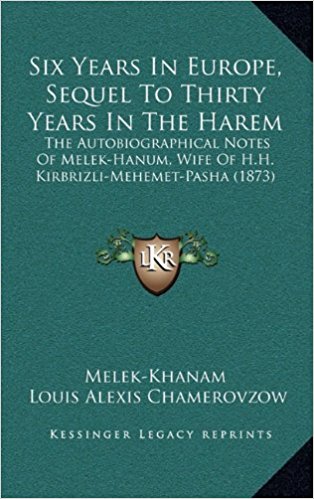 Melek hanoum a woman of Armenian, Greek and French heritage whose family fell on hard times after her father’s death, eloped with a British doctor, divorced him, married an Ottoman grand vizier, divorced him, was exiled and escaped to Europe. Both her works (they may well have been written by ghostwriters) reveal information about daily life and customs in the Mediterranean region, travel modes, the customs and traditions of different communities, but also the difficulties faced by women who were trained to be housewives in upper-class households but were discarded by their husbands. These women had no skills nor could they assume a paid position because of their station in life. 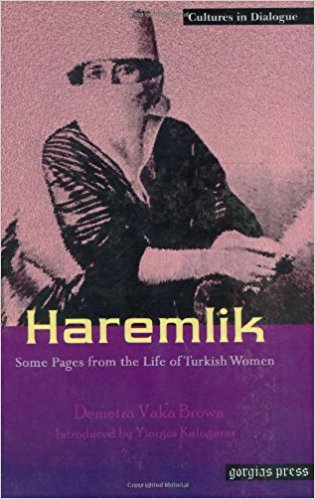 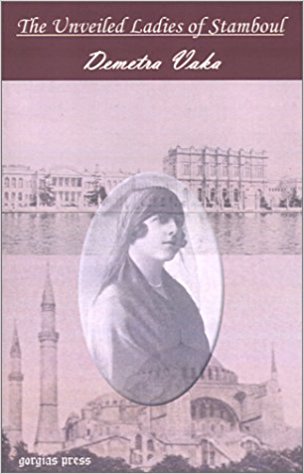 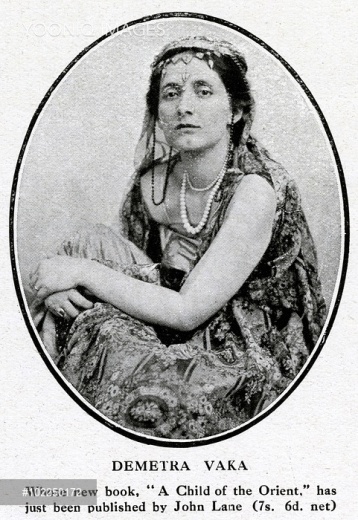 Demetra Vaka Brown, a Greek subject of the Ottoman Sultan, reportedly  fled the Ottoman Empire to escape an arranged marriage and came to New York. A prolific and successful writer, in Child of Orient she describes her childhood, her close friendship with a Turkish girl despite tensions between the Greeks and Turks, and her arrival and experiences in the United States. In the chapter titled “Real America,” Vaka Brown gives fascinating descriptions of her life as an immigrant who did not speak English. One cannot help but admire her survival skills and her wit. Her humorous approach to her early experiences in the new world are as entertaining and insightful. Vaka Brown is a self-confident, well educated young woman with a sophisticated point of view. In Haremlik we meet a Vaka Brown who is returning to Turkey after six years in the US. Her descriptions of the American Suffragettes and the Turkish women fighting for women’s equality at the turn of the century will provide much food for thought.  The Unveiled Ladies of Stamboul based on a trip after a lengthier absence and the establishment of the Republic of Turkey allows her to reflect on the benefits reaped by middle and upper class women from the modernization efforts of the new government but her nostalgia for the past continues to shine through her text.

Zeynep hanoum fled to Europe with her sister Melek hanoum in pursuit of a fulfilling life of good works and active political participation, but found that she had given up one harem for another and that the price she had paid to pursue her dream was much too high. Her narrative, in the form of an exchange of letters between herself and the editor Grace Ellison, presents interesting information about the illusions she had about “Europe,” based on her readings and misreadings of foreign books and journals in Istanbul. Poignant, humorous and thought-provoking, her text reveals a world where borders and boundaries, both national and personal, are in flux. 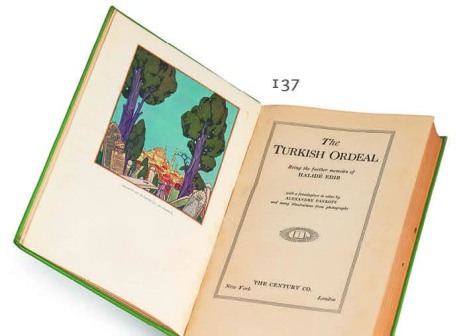 Halide Edib is probably the one Turkish writer from this period who does not need an introduction. The prolific writer and political activist has a national and international standing today. The three autobiographical texts I mention above provide readers with information about different phases of her life, a personal history of the transition from the Ottoman Empire to the Republic of Turkey, the Turkish war of independence, and finally her travel narrative to India during her self-imposed exile. In all three texts while narrating her own personal views, Halide Edib challenges Western stereotypes about Ottoman/Turkish men and women as well as the official narrative of the War of Turkish independence, including those subscribed to by other writers who were her contemporaries or preceded her. She questions Demetra Vaka Brown’s use of the word Haremlik in the Memoirs of Halide Edib while acknowledging being inspired by the medieval Islamic scholar Al Biruni in Inside India.

Whether one simply wants to learn about 19th and early 20th century Ottoman and Turkish women’s lives from their own vantage point or understand the effect of changing power dynamics between East and West, as the Ottoman Empire was crumbling, on the daily lives of men and women, or if one simply wants to read an entertaining and informative book, these texts will not disappoint.

Roberta Micallef is quite passionate about travel, literature and cultural encounters. When she was old enough to notice that traditional historical texts excluded women’s point of view, she discovered letters, memoirs and travel narratives. She continues to explore them.
Bibliographic Details:

‘Thirty Years in the Harem’

‘Haremlik: Some Pages from the Life of a Turkish Woman’

‘A Child of the Orient’

‘The Unveiled Ladies of Stamboul’