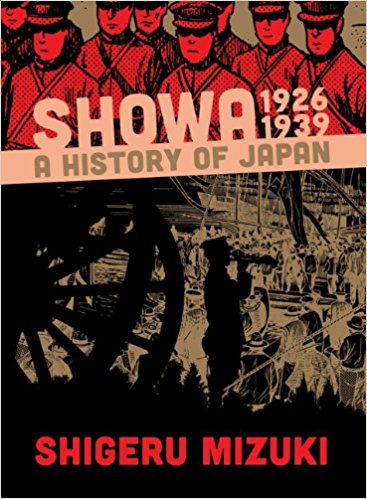 I always turn to Drawn and Quarterly first when hunting for unique illustrated stories. Whether it’s comics from Sweden or Israel, or graphic novels from Finland or Japan, I know I’ll find something special in their forthcoming titles. This Montreal-based publisher is an award-winning producer of original and translated comics from around the world with a reputation for quality that is well earned. Anyone who has read Moomin, Blankets, or Poppies of Iraq will know exactly what I mean. Don’t even get me started on their work with the incomparable Kate Beaton.

There’s something for everyone in the Drawn & Quarterly book list. Their catalog is as diverse in genre as it is in style. To get a sense of their variety, compare Tom Gauld’s quirky comic collection Baking With Kafka and Shigeru Mizuki’s nonfiction opus Showa (translated by Zack Davisson). A personal favorite is Anna and Froga, authored by Anouk Ricard and translated by Helge Dascher. Written for youth but enjoyed by readers of all ages, this compendium of Ricard’s internationally beloved comics is quintessential Drawn & Quarterly: lovingly designed with singular content.

Learn more about the history of Drawn & Quarterly on their “About” page. An excerpt is posted below.

“Over the course of several decades, Drawn & Quarterly has grown from a single-issue magazine to an internationally renowned publisher of the world’s best cartoonists. D+Q has published many North American luminaries of the medium including Adrian Tomine, Lynda Barry, Daniel Clowes, Chris Ware, Kate Beaton, Chester Brown, and Seth, as well as international authors including Tove Jansson (Finland); Guy Delisle (France); Tom Gauld (UK); Astrid Lindgren (Sweden); Yoshihiro Tatsumi (Japan); Rutu Modan (Israel); Shigeru Mizuki (Japan); and many more cartoonists from across the globe. The company’s dedication to high production values, editorial integrity, and artistic autonomy has led to it being described by Time as “the most elegant comics publisher in North America.”