Hello – Sophie Baggott here (also known as @MillieMargretta, my pen name). It’s hard to believe nearly an entire year has passed since I opened 2020 with this blog post for GLLI, but I am delighted to share that December saw me reach my goal of reading writing by women from every country in the world! I began the year with thirty days of my favorite books by women since I began the journey in mid-2018, and now I’ll close it with my ten favorite books from 2020. I’d love to hear what you think – let me know in the comments below!

10. Eve Out of her Ruins by Ananda Devi (tr. Jeffrey Zuckerman) – Mauritius

This novel was among the deliveries from the biiiiig Better World Books order I placed in March just as Melbourne, Australia’s earlier phase of restrictions began – and wow, it was a compelling distraction. It’s a short, harrowing story of four teenagers trying to survive the violence of their neighborhood in Port Louis, Mauritius’s capital. I follow the translator, Jeffrey Zuckerman, on Twitter and had high expectations for this book. It surpassed them.

9. Teaote and the Wall by Marita Davies, illustrated by Stacey Bennett – Kiribati

The arrival of this extraordinary book was a rare and much-needed source of excitement deep into Melbourne’s second (ultra intense) lockdown in September. I came across Australian/Republic of Kiribati writer Marita Davies’s work while researching writers from the Pacific and was instantly keen to read this story of a child confronting life on the frontlines of the climate crisis. The importance of climate-related books – especially for younger generations – goes without saying, particularly during a week when extreme weather and coastal destruction yet again dominates headlines in Australia.

It was a wintry evening in May when I read this gentle novel with my first foster cat on my lap (three more would follow across the two lockdowns!). The story very much transported me along the protagonist’s journey from his Icelandic home to a monastery rose garden in need of loving care. Quiet, slow and meditative, it felt like exactly what I needed at that point of this fast-paced and barely fathomable year. 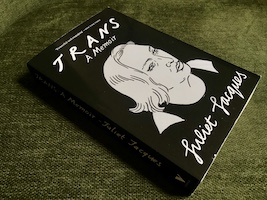 I ordered this book in Verso’s December sale a year ago and read it as soon as it arrived in January. Juliet’s memoir is an incredibly honest account of the years that led up to her transition, weaving in many insights into the world of gender politics. The media industry comes across terribly and I wish things had progressed since, but I write this in the wake of two very transphobic opinion pieces in the Sydney Morning Herald. [PS: if you’re looking for stunning fiction by a trans writer, I recommend jia qing wilson-yang’s Small Beauty which I borrowed from Yarra Libraries in Melbourne a few weeks before this memoir.]

This story collection came as a highly anticipated gift from Santiago-based translator Natascha Bruce for #WITMonth Book Swap, organised by Meytal Radzinski in August. When the book was first recommended to me I was slightly tentative, given the subject matter of domestic abuse being very close to home, but I’m really glad I read it – mainly for how astonishingly powerful a writer Ampuero is. I had been struggling to engage fully with books at the time (14 weeks into Melbourne’s second lockdown) and this collection shook me out of the stupor. 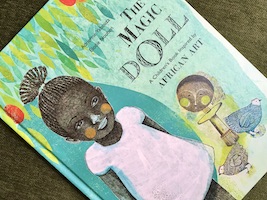 As it was only published in September, this was one of the very last books I read for my project – and it was, without a doubt, the most visually beautiful. It’s one of two children’s books featuring on my 2020 top ten (the other being Teaote and the Wall) and I think there’s something to be said for taking time away from screens/small font just to enjoy wonderful imagery and storytelling in fewer words. Narrated through the eyes of a young girl, the book follows a mother’s process towards getting pregnant and giving birth through the support of a Akua’ba fertility doll. With these important words and expressive images, this book was totally worth the wait.

This was among the most immersive books I sank into this year. After hearing only good things, I read Dimkovska’s between Melbourne’s two lockdowns while I was on a weekend trip to the Dandenong Ranges and predictably got pretty lost in the pages! The story is told by a conjoined twin raised in Skopje, who is venturing towards personal independence and romantic love – through communist Yugoslavia and further afield. A memorable book that has stayed with me.

This book was bound to be in my top three of the year – I was completely addicted to the story back in early March. We were still working in offices at that point, and I was reading it right through my lunch breaks. In fact, my review reminded me that a colleague even comforted me one break when I was visibly upset by a plot twist! Set in the 18th century, it’s a tale of love and cruelty under the chief sugar colony for the Dutch Empire. I’ve recommended it to friends since and apparently they’ve been 100% absorbed by it too!

2. In the Time of the Butterflies by Julia Alvarez – Dominican Republic

When people ask me about my very favorite books since I began this blog, In The Time of Butterflies always springs to mind. The story reimagines the lives of the four Mirabal sisters (‘The Butterflies’, or ‘Las Mariposas’) who symbolized hope and defiance during their country’s dictatorship from 1938 to 1994. To quote my own review, “my life was essentially put on pause while I was reading it”. It was also a great chance to learn more about the women whose legacy sparked the 16 Days of Activism – a campaign that I focused on promoting in my human rights work.