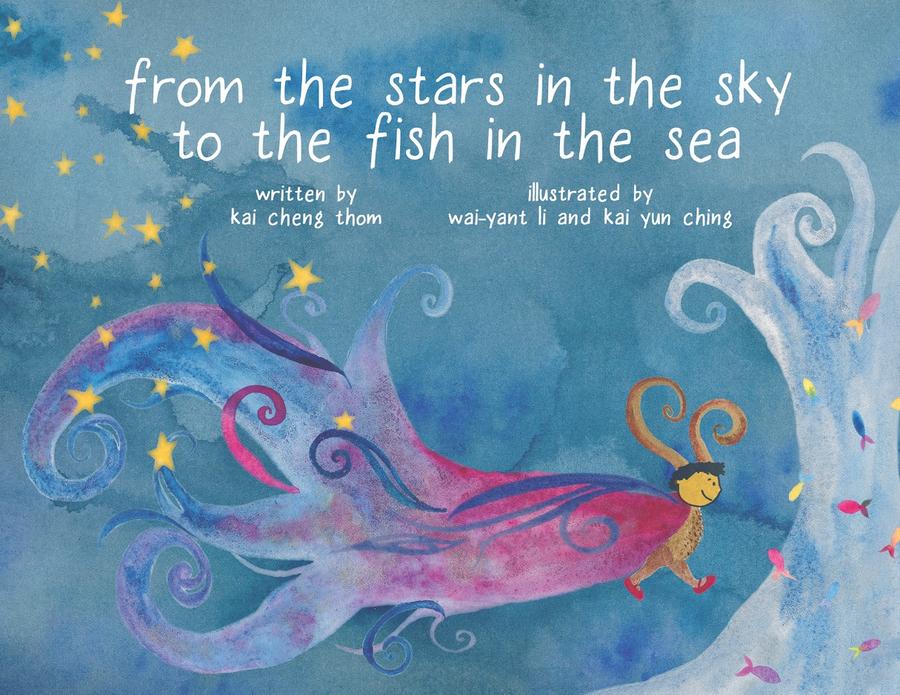 The only thing better than reading those words from “From the Stars in the Sky to the Fish in the Sea” is listening to the Julie Andrew’s voice narrating this beautiful story on Julie’s Library.

Written by Canadian author Kai Cheng Thom and beautifully illustrated by artists Wai-Yant Li and Kai Yun Ching, this children’s picture book tells the story of Mui Lan, a child who was born when both the moon and the sun were in the sky. With the love and affection of their caring mother, Mui Lan grows up to be a strange, magical child, constantly changing appearances to match their feelings and whims.

The day arrives when Mui Lan has their first day of school. Excitedly, they grow a tail of peacock feathers and a coat of tiger stripes. At school, they’re surprised to encounter an entire classroom of students that are either boys or girls. When a child asks Mui Lan, “what are you supposed to be?”, they don’t know how to answer.

Over the following days, Mui Lan attempts to fit in with their classmates, without much success. Confiding their sadness and confusion to their mother, Mui Lan’s mother tells them, “it isn’t always easy to be different from everyone else, but you can only be who you are.” Taking this to heart, Mui Lan goes to school the next day wearing fur, feathers, scales, leaves and sparkles, and is able to make friends as their true self.

As a transgender writer, Thom’s debut children’s picture book is a rare #ownvoices children’s story that describes a non-binary, gender non-conforming child feeling loved and finding acceptance in their world. Written from Thom’s unique perspective, the story uses they/them pronouns throughout, holding up a reaffirming mirror to transgender and gender-non-conforming readers. For cisgender readers, it offers a window into a world where children can express themselves freely and will find love and friendship by being themselves.

As a LAMBDA Literary finalist and Stonewall Book Award finalist, Kai Cheng’s other works include Fierce Femmes and Notorious Liars:  A Dangerous Trans Girl’s Confabulous Memoir, and a place called No Homeland and her recent non-fiction debut, I Hope We Choose Love: A Trans Girl’s Notes from the End of the World.  In addition to writing, she is a performer, cultural worker and speaker. This is her first children’s book.

Uniquely illustrated, with a lyrically told story, From the Stars In the Sky to the Fish in the Sea is a children’s story book I would recommend.

Guest Editor of #GlobalPRIDELitMonth and Writer: Anita Fata (she, her, hers) is currently pursuing a Master in Libraries and Information Studies at the University of British Columbia’s iSchool. A daughter of European immigrants, she is a first generation Canadian settler, living and working on the ancestral, traditional and unceded territories of the Musqueam, Squamish and Tsleil-Waututh First Nations in what is now called Vancouver, BC, Canada. Fascinated by the pitfalls of cataloguing, she also spends too much time thinking about translated literature and LGBT2QIA+ authors while volunteering at Out on the Shelves Library. Find her on Twitter @anita_if

One thought on “#WorldKidLit Wednesday: FROM THE STARS IN THE SKY TO THE FISH IN THE SEA (A Non-Binary Children’s Picture Book)”