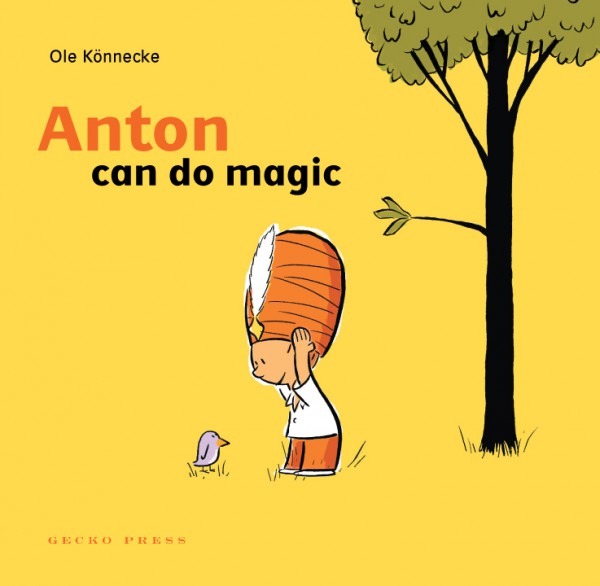 Anton wants to do some magic. He wants to make something disappear… First Anton tries to make a tree vanish, but it s too big. He manages to make a bird disappear, and even his friend Luke. But where did Luke go? Anton Can Do Magic is a perfectly simple and hilarious picture book about believing in yourself.

Author
Ole Könnecke was born in 1961 in Göttingen, and lives as a freelance illustrator in Hamburg.

Translator
With degrees in German literature, psychology and creative writing, Catherine now teaches creative writing at the University of Waikato in Hamilton and at Manukau Institute of Technology in Auckland. She has translated children’s picture books from the German for Gecko Press.