This month I have been invited to focus on older women in fiction around the world. But there is a problem as there is so little in translation. So what’s the problem? Well, I’ll use the acronym: WYSIWYG pronounced whizzywig.  It stands for what you see is what you get. 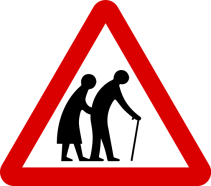 In my first blog in this series I quoted James Baldwin. I repeat the quotation here. To change the world you need to change the way people see it, he suggests.

The world changes according to the way people see it, and if you alter, even but a millimetre the way people look at reality, then you can change it. [quoted in the TLS by Sarah Ladipo Manyika 28.5.19}

We need to change how people see older women. And that includes adding the way older women are seen in cultures and languages that are not our own.

Here’s Daniel Hahn who is a translator: He was writing about the importance of the work of the translator:

It assumes that just because you’re from Here doesn’t mean you shouldn’t be reading stories from There. That it’s possible to strip a story of its language, wrest it thousands of miles, re-clothe it in a strange new language, and keep its essence intact – because stories can be citizens of the world, just like we can. That just because something is particular doesn’t mean it’s not universal. (A basic principle for all great literature, surely?) That openness to other literatures – and other narratives, and lives, and worlds – doesn’t threaten our own, it strengthens and enlivens it. [From Carrying Across, in The Author, Summer 2017].

The problem of numbers

In the US the problem is sometimes referred to as the 3% problem. In the UK it is more like the 4.5% problem. The problem starts with the small percentage of books in translation that are published every year. There is a problem. But for older women there is an accumulator at work.

This statistic is made worse when you realise that fiction by women is less publicised in reviews than men’s, and there are also fewer women reviewers. See the work of VIDA: Women in Literary Arts for statistics on this, over time, which seem to change very little.

And then generally there is a dearth of books that feature good role models of older women. Something is happening here which is the opposite of amplification. Older women in fiction in translation, both writers and subjects, are at the bottom of the heap. If women in translation are about 30% of that 4.5% I can’t imagine how tiny is the number of books about older women translated and published.

It’s more than a problem of numbers

We need to expand our views and understandings of older women.

For example: A friend recently sent me a link to an article that called for the media to stop referring to older women as ‘grannies’. Not all older women are grandmothers. And even those who are may not define themselves primarily in terms of their relationships with their grandchildren. Nor should we be asked to assume that they do. Incidentally it is a sexist term, for the equivalent term is not used for men. They are more likely to be called pensioners. We seem to want to find euphemisms for the word old.

For example: the sweet old lady, quiet, knitting, with a cat, at peace with the world is very strong in the popular imagination in the UK and I have heard older women refer to it as the Mrs Pepperpot version. Many women are angry, political, active, non-knitters. They may be black. They may be lesbians. Some even hate cats. I like Hagar Shipley (The Stone Angel), Tove Jansson’s grandmother (The Summer Book), and Emerence (The Door) because they are feisty. They do things in their own way.

When we were researching our book The New Age of Ageing* we especially enjoyed discovering the project in Sheffield in which women took photographs of themselves that broke conventional representational rules. You can see their work on the Look At Me. Images of Women and Ageing.

Some of the women featured in this month’s series are very transgressive. Others remind us that they have lives that extend back many decades, and the people they used to be are still part of them. I especially like Moon Tiger by Penelope Lively for this reminder.

Celebrate those working against the grain 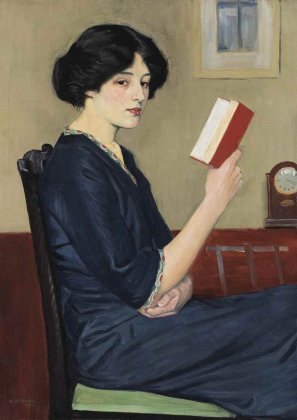 The Story Teller by William Strange 1911

To change what we see let’s start by celebrating those who promote fiction in translation.

Publishers:often independent, with fiction in translation on their lists: such as And Other Stories, Peirene Press, Pushkin Press, and Quercus.

Prizes: there are several to keep an eye on.

I was taught German and a little bit of Russian by George Bird. He also worked as a translator. I was thrilled to pick up and enjoy Death of the Penguinby Andrey Kurkov which my former teacher had translated. Translators are essential in this. We should recognise their work.

You can spread the word too

And here on Global Literatures is what’s up next.

This is what you have to look forward to in week 2:

The Lady and the Little Fox Furby Violette Leduc. Translated by Derek Colman

The Summer Book  by Tove Jansson. Translated by Thomas Teal

The Little Old Lady who Broke all the Rules by Catharina Ingelman-Sundberg. Translated by Rod Bradbury

[Anyone want to say anything about all these translators being men?]

* The New Age of Ageing: how society needs to change by Caroline Lodge, Eileen Carnell and Marianne Coleman, published by Policy Press (2016).

Written and posted by Caroline Lodge of Bookword

7 thoughts on “Older Women in Translation”