White Pine Press is a non-profit literary publisher, established in 1973, which publishes poetry, fiction, essays, and literature in translations from around the world. For the past thirty years, we have been at the forefront in bringing the rich diversity of world literature in the English-speaking audience. We seek to enrich our literary heritage; to promote the cultural awareness, understanding, and respect so vital in our rapidly changing world; and to add address complex social and human rights issues through literature 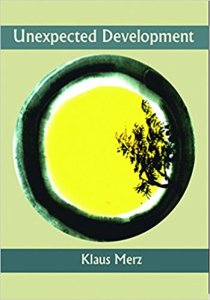 Merz is keenly attentive to daily life as a revelator of essential truths, and thus uses poetry as a way of returning closer to it.

“Reading Klaus Merz’ spare and illuminating poems is like entering Plato’s cave and witnessing the light behind the shadows. As he writes in his poem, “Exchange Rate” “From the bright light/behind the apparition/ the poem recounts.” What is recounted however, is often as disquieting as it is enlightening. His unblinking honesty and lyrical genius offer a kind of dark salvation, or a salvation in the sense Camus might have meant when he wrote: “If one could say just once: ‘this is clear,’ all would be saved.”  Merz is like a diamond cutter—he writes of the inevitable and the ineffable with incisive, shimmering clarity.”  — Nin Andrews

Klaus Merz was born in 1945 in Aarau and lives in Unterkulm, Switzerland. He has published over 35 works of poetry and fiction. His latest novel is The Argentinian (Der Argentine, Haymon, 2009) and his recent collections of verse are Out of the Dust (Aus dem Staub, Haymon, 2010), Unexpected Development (Unerwarteter Verlauf, Haymon, 2013) and Helios’ Haulage (Helios Transport, Haymon 2016).

Born in Hong Kong, Marc Vincenz is British-Swiss and is the author of ten books of poetry; his latest are Becoming the Sound of Bees (Ampersand Books, 2015), Sibylline (Ampersand Books, 2016) and The Syndicate of Water & Light (Station Hill, 2018). His novella, Three Taos of T’ao, or How to Catch a White Elephant, is to be released by Spuyten Duyvil in 2017. He is International Editor of Plume, publisher of MadHat Press and Plume Editions, and lives and writes in Western Massachusetts. 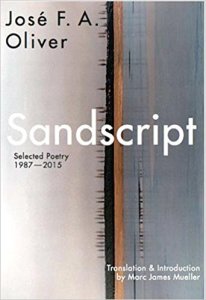 Sandscript gather four decades of writing by this Spanish/German poet with his passion for neologisms, word hybrids, strange pairings, and irascible proximities. The melding of styles and traditions which characterizes his work is less a new synthesis than it is a conscious exploration of an old, hidden consensus, which in its totality is unique.

“José F. A. Oliver’s dream of “an open language,” which mixes the cadences and inflections of his Andalusian roots with the inventive possibilities of German, reminds us that foreignness is our true condition. He bridges ethnic and non-ethnic German in sandscript, which explores some of the same broken terrain mapped by another brave traveler in the language, Paul Celan, and what he encounters line by line is a self that is at once foreign and familiar: “my poem my word.” Here is the work of a man who is “German and still not German, Spanish and still not Spanish, on the move: Me.” You will find him everywhere.” — Christopher Merrill, author of Necessities

José F. A. Oliver was born in 1961 in the Black Forest region of Germany to Andalusian working migrant parents who landed in Germany the year before in 1960. Oliver grew up bilingual and appreciated both of his languages and cultures, going on to study both Romance languages and German, as well as Philosophy, at the University of Freiburg. He pursued a career as a writer upon graduation and has published over twenty books of poetry. His work has been translated into a dozen languages but this is first book in English.

Marc James Mueller is a translator from the German and a professor of German at Montana State University (MSU), Bozeman, Montana. He is presently on leave and teaching in Germany. He has an M.A. from Albert-Ludwigs-University Freiburg and a Ph.D. in Germanic Studies, University of Illinois at Chicago, 2008. 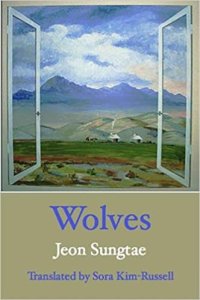 “From a North Korean restaurant in Ulan Bator to the terraced rice paddies of Jeju Island, Jeon Sungtae’s Wolves reaches across economies of division and rapid transition to powerfully portray on a resolutely human scale the harsh absurdities testing the dispossessed who dare to cross a border. Sora Kim Russell’s nimble translation masterfully conveys Jeon’s gift for heartbreaking insight in spare yet layered prose. Hers too is an illuminating gift—an invitation to an urgent voice.” —Jennifer Kwon Dobbs 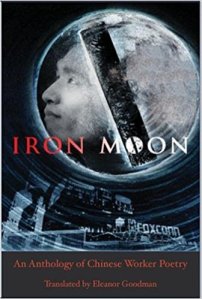 “Iron Moon is a monumental achievement. It redraws the boundaries of working-class poetry for the new millennium by incorporating at its center issues like migration, globalization, and rank-and-file resistance. We hear in these poems, line by line and life by life, what Zheng Xiaoqiong calls “a language of callouses.”  This isn’t a book about the lost industrial past; it’s a fervent testimony to the horrific, hidden histories of the 21st century’s working-class and a clarion call for a more cooperative and humane future.” — Mark Nowak, author of Coal Mountain Elementary 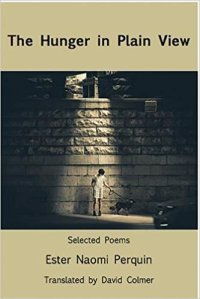 “Ester Naomi Perquin is a writer of keen awareness, deep empathy, and surprising humor. In personal poems, her close observations make her a magician of the everyday: a wrong number becomes an opportunity to consider other possible lives, a man shaving “takes a razor to slice/the wolf off his face.” While in poems that draw on her four years as a prison guard, she steps from her own life into the voices of jailed men, exploring even disturbing acts with unflinching compassion. The Hunger in Plain View is a splendid introduction for English-speaking readers to the work of a poet hungry to know more of the world and talented enough to share both the answers and questions she finds there.”  —Jessica Jacobs, author of  Pelvis with Distance 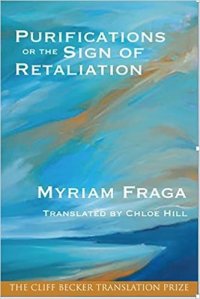 “These are dense, florid, strange, and beautiful poems that rewrite the Greek pantheon into a feminist Brazilian landscape.  Beginning with an invocation, they ask us to bear witness and reflect familiar myths upon the body of the poet. The collection makes its way from these abstract, timeless myths to vibrant present tense. Chloe Hill has created a beautiful voice in English, paying special attention to the clean sound, powerful movement, and aching pulse of each line, making this translation a pleasure to read and re-read.” —Becker Prize Judges – Aron Aji and Diana Thow 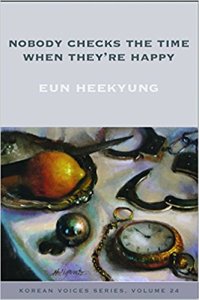 “Like diary entries, these stories present a beautiful and unflinchingly honest tangle of human desires and imperfection. Never sentimental or maudlin, Heekyung’s characters, while grounded in Korea, all inhabit the painfully quiet spaces of secrets, sacrifices, and shame we can all recognize.” — Sequoia Nagamatsu, author of Where We Go When All We Were Is Gone 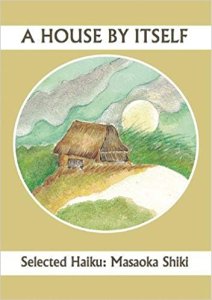 “Shiki’s distinctive vision and direct expression make a tone recognizably his own, conveyed beautifully in these pages’ translations. We hear Shiki’s haiku as the voice of a friend bringing complex news in a few intimate words. These haiku are drawn from a world that feels close to our own, and they bring our own lives and world closer. Shiki’s poems are necessary and delicious as mountain water, carrying the mountain’s hidden minerals from inside it to inside us.” — Jane Hirshfield – author of The Heart of Haiku and The Ink Dark Moon 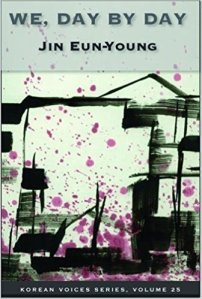 “Eun Young Jin’s We, Day by Day turns the hourglass over and over in sensuous, startling poems that ravish the senses with the swirl and torque of their image-drenched surfaces. Whether suturing NoHae Park and Pablo Neruda together in a cinematic sweep or refusing the global economy’s demands to rush and sign over one’s literary life, Jin’s portraiture is time illuminated by an intelligence committed to “how strange questions, fountains of brilliant blood, gush unceasingly in the boundless desert of answers.” Attentive to this good strangeness, Young Shil Ji and Daniel T. Parker’s taunt translation effortlessly renders Jin’s deep song with clear and urgent resonance.” — Jennifer Kwan Dobbs, author of Interrogation Room